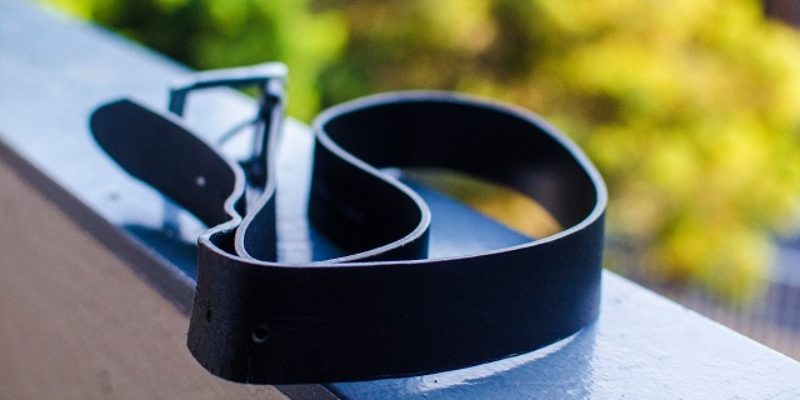 Kids these days are disrespectful and disobedient at times. Much of this is due to the breakdown of the family and the refusal of parents to discipline their children.

That trend though is being bucked by one Baton Rouge mother. 30 year old Schaquana Spears found out that her three sons had broken into a house down the street.

Did she ground them? Nope. Instead she took a switch to them.

The whipping though earned Ms. Spears a night in the East Baton Parish Jail.

A mother was arrested for felony cruelty charges after she allegedly whipped her three sons with a belt after she found out they burglarized a home.

According to the probable cause report, detectives with the East Baton Rouge Parish Sheriff’s Office were contacted by the Department of Children and Family Services on June 17.

The deputy notes in the report that the woman’s 13-year-old child had marks on his leg, shoulder, back and stomach. He told deputies that his mother “hit him with a RCA cord multiple times.”

After speaking to the child’s mother, the deputy learned the motive for the incident.

“[She] admitted to hitting [the child] and her two other sons multiple times as they were moving and running away,” the deputy noted. “[She] did this because the victims burglarized a residence down the street.”

Ms. Spears got an outpouring of support once her story became known. One of those offering his support was state Treasurer and front-running U.S. Senate candidate John Kennedy. 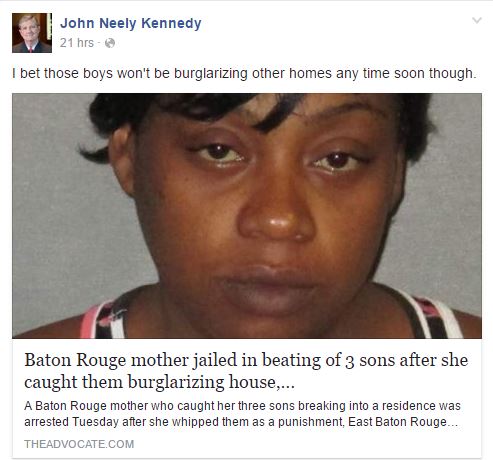 Ms. Spears is now out of jail. A private citizen who doesn’t know her posted her bond. Here’s what East Baton Rouge District Attorney Hillar Moore said about the case.

“The degree of physical discipline will be reviewed,” said District Attorney Hillar Moore. “The law does not allow excessive pain or cruelty but does allow physical parental discipline.

“Parents have the right and obligation to discipline and teach their children,” he added. “We often time see children who have no parental authority or discipline which eventually results in delinquency and criminal acts. We need more parents who discipline their children. Surely you would expect a parent to discipline a child who is burglarizing other people’s  homes as this could be a deadly encounter for the child.”

It sounds like Moore is trying to avoid a trial over this case, which is probably the best outcome in this case. If Ms. Spears has no previous history of abuse, there shouldn’t be any charges filed in the matter.

Interested in more news from Louisiana? We've got you covered! See More Louisiana News
Previous Article John Bel Edwards Has A Bridge He Wants To Sell To The Folks In Bossier City
Next Article UPDATE: Ouachita Parish DA Dropped Charges Against Two Alabama Football Players For This Insane Reason