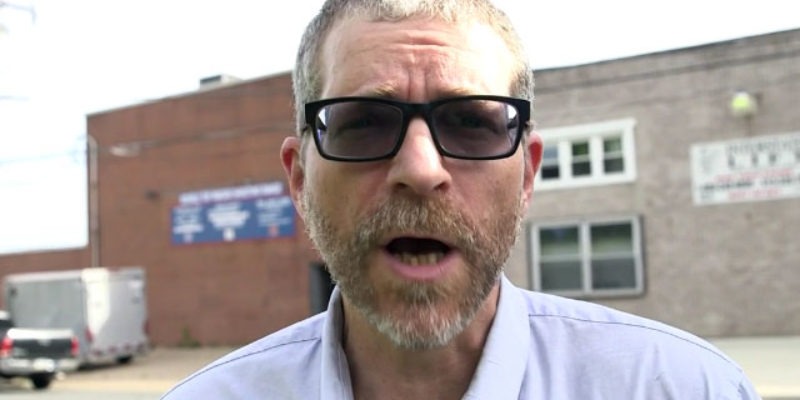 If you want to know why so many people from Middle America deride and despise New Yorkers, here’s one bit of evidence for it.

That’s the video sequence which goes along with a ridiculous article in the New York Daily News describing how loud and scary an AR-15 is. The reporter, Gersh Kuntzmann, leads the piece, titled “What is it like to fire an AR-15? It’s horrifying, dangerous and very very loud,” with this…

One day after 49 people were killed in the Orlando shooting, I traveled to Philadelphia to better understand the firepower of military-style assault weapons and, hopefully, explain their appeal to gun lovers.

But mostly, I was just terrified.

Many gun shops turned down our request to fire and discuss the AR-15, a style of tactical machine gun popular with mass killers such as San Bernardino terrorist Syed Farook and Orlando terrorist Omar Mateen.

Beyond the laughable “I was terrified” stupidity of the lede is a blatant untruth. First of all, an AR-15 isn’t a “style” of “tactical machine gun,” it’s a specific make and model of a sport rifle. It’s not a machine gun, and it doesn’t take a weapons expert to know that it isn’t – even a New York journalist writing a thoroughly uninformed piece for soccer moms on Staten Island can do enough research to recognize how far off the mark such a statement is.

And second, Omar Mateen did NOT have an AR-15. He had a Sig Sauer MCX carbine, which is a different weapon altogether. It’s true that in a press conference after the Orlando massacre the local police said that Mateen had an “AR-15 type weapon,” but the Sig Sauer MCX is not an AR-15.

I’ve shot pistols before, but never something like an AR-15. Squeeze lightly on the trigger and the resulting explosion of firepower is humbling and deafening (even with ear protection).

The recoil bruised my shoulder. The brass shell casings disoriented me as they flew past my face. The smell of sulfur and destruction made me sick. The explosions — loud like a bomb — gave me a temporary case of PTSD. For at least an hour after firing the gun just a few times, I was anxious and irritable.

Even in semi-automatic mode, it is very simple to squeeze off two dozen rounds before you even know what has happened. In fully automatic mode, it doesn’t take any imagination to see dozens of bodies falling in front of your barrel.

All it takes is the will to do it.

There is a specific anatomical organ which comes to mind, but what’s so laughable about this is the AR-15 is a small-caliber weapon. People who know something about guns will tell you that the recoil of an AR-15 is absolutely negligible in comparison to virtually any other weapon you can put your hands on. If this overgrown baby wants to hurt himself firing a gun he ought to try out a 30.06 or some other large-caliber rifle.

The AR-15 is a small-caliber rifle. It shoots little bullets; therefore, it has a smaller recoil.

As for how loud it is, an AR-15 is loud, sure. An AK-47 is considerably louder, though the noise it makes is of a little lower pitch than an AR-15.

Somehow, this putrid excuse for a man is being put forth by an allegedly major American newspaper as a serious, objective analyst of whether your 2nd Amendment right extends to owning a small-caliber rifle the State of Washington won’t allow you to hunt large game with because it’s perceived that an average hunter can’t take down a deer with one shot from an AR-15 and the deer will suffer too much from either getting away and later dying from the wound or having to be hit with several shots before dying.

Yes, that’s correct. Some hunters will disagree with that analysis and say it depends on where you hit the deer, it’s true, but generally speaking an AR-15 is not a hunting rifle because it lacks the power to do the job properly.

Tell that to Gersh Kuntzmann and he might just wet himself at the thought.

As for the rest of us who recognize that an AR-15 is merely a tool, and that those who would use it to kill the innocent could just as easily avail themselves of other tools far more deadly than an AR-15, why wouldn’t we regard this brazen display of bias and ignorance with the contempt it merits?

UPDATE: This, to shame the pathetic adult baby Gersh Kuntzmann.