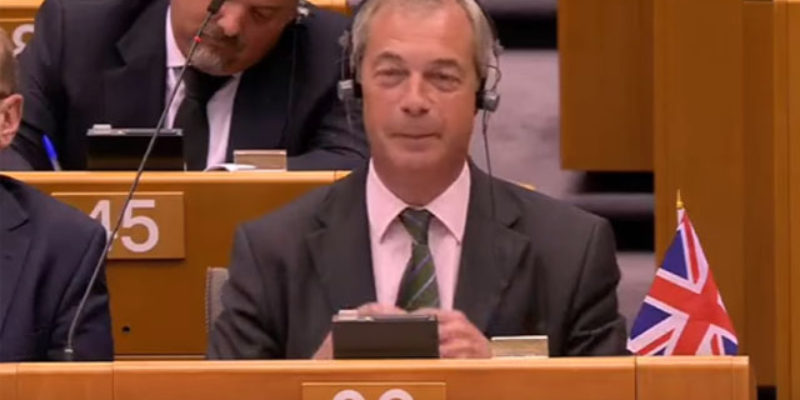 You might never see a better example of rubbing victory in the face of the vanquished than this, and it makes for great viewing. It’s Nigel Farage, the leader of the UK Independence Party and the spearhead of the Brexit movement, returning to the European Parliament – of which he’s a member – to explain to them what just happened.

They don’t take it overly well, and he couldn’t care less. What he does suggest is that the EU take a “grown-up” attitude, and then calls down the hoots and hollers by suggesting that none of the MEP’s have “ever done a proper job in your lives,” which is great fun.

If Congress had people willing to engage in this kind of rambunctious debate, Americans would pay more attention and likely be better informed.

Which is not to say we want to emulate the EU very much.