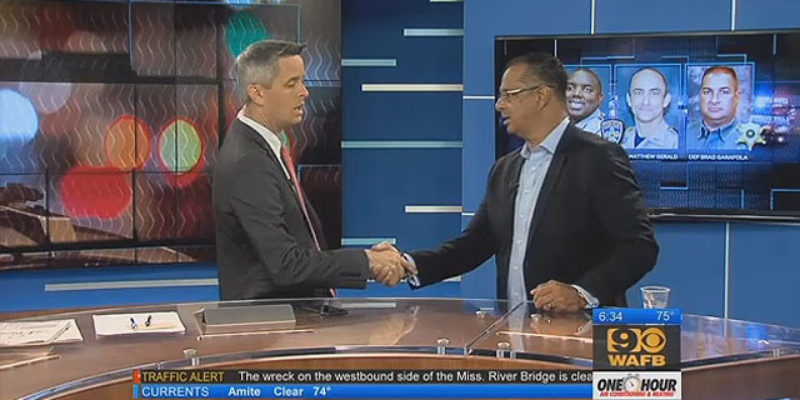 It’s been a terrible two weeks in Baton Rouge, from the police shooting of Alton Sterling and the rage it ginned up to the massacre of three police officers yesterday, and in the aftermath of the city’s ordeal – assuming that it’s over, which we should not do – lots of people are casting about for solutions and people to rally around.

And at such a time it so happens that people have very little confidence in our elected officials as leaders to rally around and to bring us together. The politicians actually know that and have acted accordingly; Baton Rouge’s mayor-president Kip Holden has largely removed himself from the scene, for example.

So what we need is citizens willing to provide leadership in a selfless manner, and to speak of things which don’t require politics.

Lo and behold this morning, former Baton Rouge police chief Jeff LeDuff, one of the city’s most gracious and positive public figures of modern times, appeared on WAFB’s morning news broadcast to offer words of unity and peace and goodwill which showed us what those concepts mean. It’s great television and it’s the profundity we need if we’re going to stitch ourselves back together as a community.