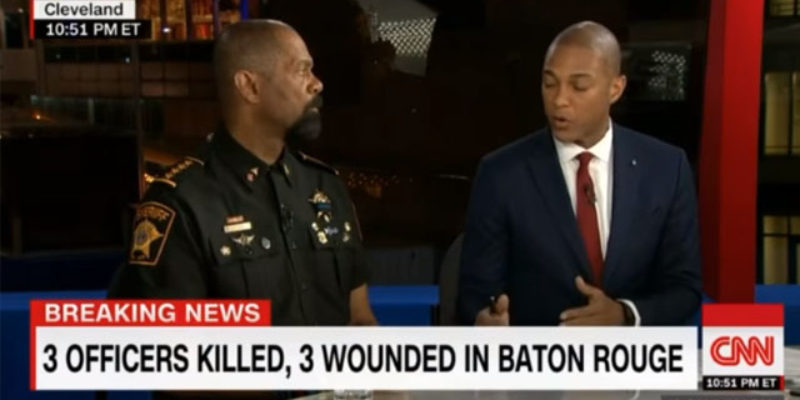 Clarke, the celebrated sheriff of Milwaukee County in Wisconsin, went on Lemon’s show yesterday to push his usual message of opposition to Black Lives Matter as the source of the recent rash of cop-killings and to castigate the media for enabling what he calls BLM’s “hateful ideology.”

Lemon tried to quiet him down by talking to him like a child, and that didn’t work. Clarke wasn’t there for his 15 minutes of fame (he’s long past that point; he’s speaking at the Republican convention tonight, after all, and he’s been a regular on cable news as a foil for Black Lives Matter since Ferguson); he was there to trash the cop-haters.

And the interview went poorly. It makes for painful viewing, if for no other reason than here you can see, side by side, the difference between old-school machismo and the modern metrosexual soft-boy version of masculinity the coastal elites have on offer – and not only don’t they mix, but the inferiority of the latter is off-putting when displayed in such relief.