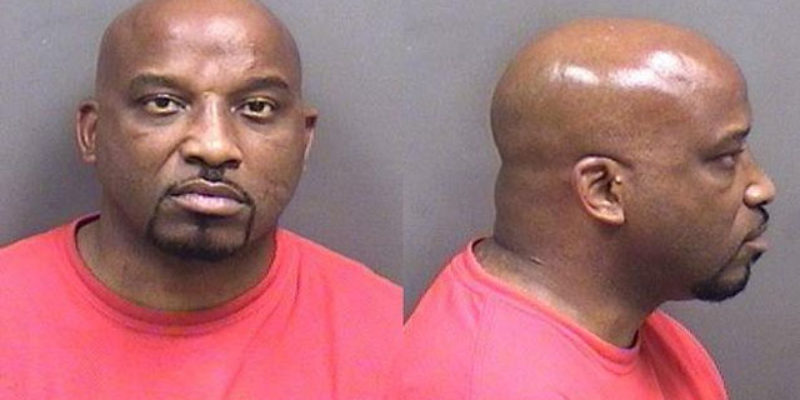 According to arrest records, Brown was arrested on Monday around 12 a.m. and charged for domestic abuse battery by the Ascension Parish Sheriff’s Office.

Brown was arrested after deputies were dispatched to his Geismar residence after receiving reports from his wife that he became irate and bit her on the arm, according to the Ascension Parish Sheriff’s Office.

Brown’s bond was set at $5,000 by Judge Leblanc and was released on Monday.

Further details of his arrest have not been released at the time of this post, however his previous arrest stemmed from an altercation that took place in New Orleans at an after-party for the Bayou Classic game in 2015.

So twice in the space of under a year we have Troy Brown physically attacking people and getting arrested for it. This time it’s his wife – the last time had Brown punching his mistress in an elevator amid a drunken brawl.

He punches his mistress. He bites his wife. Can we not agree this is somebody who doesn’t need to be an elected state senator?

Brown managed to hold off on turning into Mr. Hyde until after last year’s elections, so short of a recall the voters don’t have much recourse to get rid of him until the fall of 2019.

But this is a matter of political hygiene, is it not? Doesn’t the Louisiana Democrat Party have a responsibility to police its elected officials? Wouldn’t one expect a political party to make moves for a resignation of somebody who clearly has behavioral problems like Brown?

Is there no sense of embarrassment here? It’s not like Brown’s district is going to turn Republican if he goes away. That’s a Democrat district, and if he’s pushed out it’s going to just be another Democrat who represents it.

What about Gov. John Bel Edwards? Is Brown the type of person Edwards wants on his legislative team? Is Brown’s behavior reflective of the character he wants to put on display by his party?

Perhaps none of these people have the power to “make” Brown resign. I understand that. Is it not disappointing that no one has made such a request public?

Shouldn’t Edwards quietly push Brown out and ask for his resignation? Shouldn’t Karen Carter Peterson do the same?

If that doesn’t happen this week it will only solidify something lots of people believe about Democrat politicians who hold “safe” seats – that once elected, they only leave office in handcuffs or in a pine box. And that the Democrat Party has absolutely no interest in the good behavior of their politicians, but only the power they wield. There can be no better example of such a motivation than that party’s presidential nominee.

Here is an opportunity to rise above that perception. If there is truly honor in the Louisiana Democrat Party, we’ll see Brown’s resignation this week. If not, we’ll wait until he hits the sauce and gets violent with somebody else, which should happen in a few months, and we’ll get to revisit the situation again.

Interested in more news from Louisiana? We've got you covered! See More Louisiana News
Previous Article BAYHAM’S CONVENTION NOTEBOOK: GOP Brings the Wood
Next Article The Same Establishment Losers Who Gave Us Trump Are Already Looking To Their Own Futures