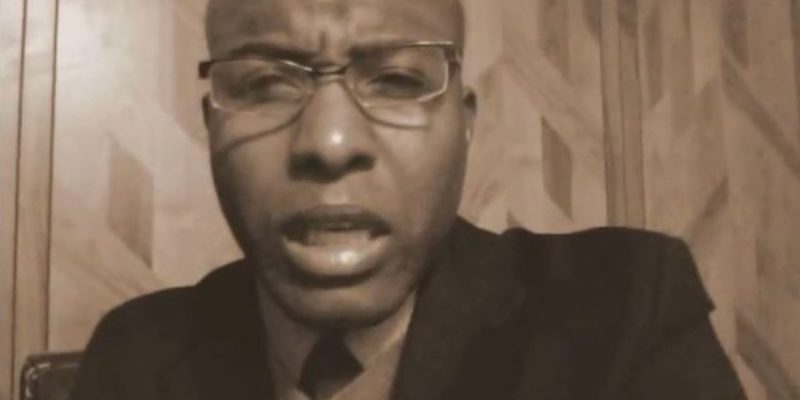 Independent Journal Review published an article today about some of the groups the Dallas Police shooter was involved with on Facebook. One of those groups, the African-American Defense League, is going to be paying Baton Rouge a visit on Monday. 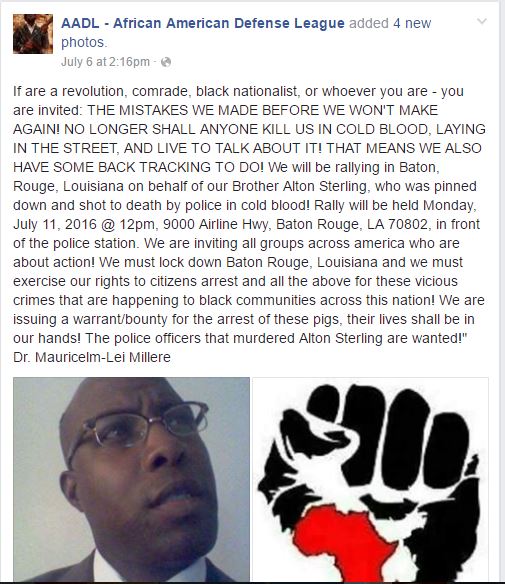 Yeah, these people are not coming to calm things down. They’re coming to Baton Rouge to try and stir up a riot. They want to lynch the two police officers who shot Alton Sterling. That’s not justice.

Mauricelm-Lei Millere, an advi­sor to the New Black Pan­ther Party(NBPP), is using social media to call for the death of the police offi­cer who shot Michael Brown and for vio­lence against white peo­ple in gen­eral, inflam­ing the already tense sit­u­a­tion in Fer­gu­son, Mis­souri.

On Sep­tem­ber 15, Millere, who is cur­rently in Fer­gu­son, posted an image of Offi­cer Dar­ren Wil­son on Face­book and wrote, “When you find Dar­ren Wil­son you know what to do! Who­ever finds him knows what must be done! Take every­thing that he took from Mike Brown.”

The day before, Millere posted on Face­book that Wil­son is “wanted Dead or Alive!” echo­ing calls made by the NBPP, the largest orga­nized anti-Semitic and racist Black mil­i­tant group in the coun­try, for the “dead or alive” cap­ture of George Zim­mer­man, the man who, in Feb­ru­ary 2012, shot and killed Trayvon Martin.

Millere also called for vio­lence against Mar­tin Baker, an African-American con­gres­sional can­di­date who pub­licly sup­ported due process for Dar­ren Wil­son. On Sep­tem­ber 11, Millere wrote that Baker “must be caught, beat, drug, and whipped to the point of see­ing the light for sup­port­ing white racist mur­derer Dar­ren Wilson…We must phys­i­cally beat this jig­ga­boo…” Later that day, Millere com­mented on his post, which included a photo of Baker: “Get a good look at this a**h**e. Find him, detain him, beat him, and await fur­ther instructions.”

Millere’s clown show organization has only 163 likes on Facebook, but he’s reaching out to grow his base. In another post, Millere says it’s time to come to Louisiana to “hold a barbeque” and “sprinkle Pigs Blood.”

Millere also has something against firefighters too. He calls them on the same side as the police and wants to kill them too.

Let’s hope this turns out to be a whole lot of nothing in the end.