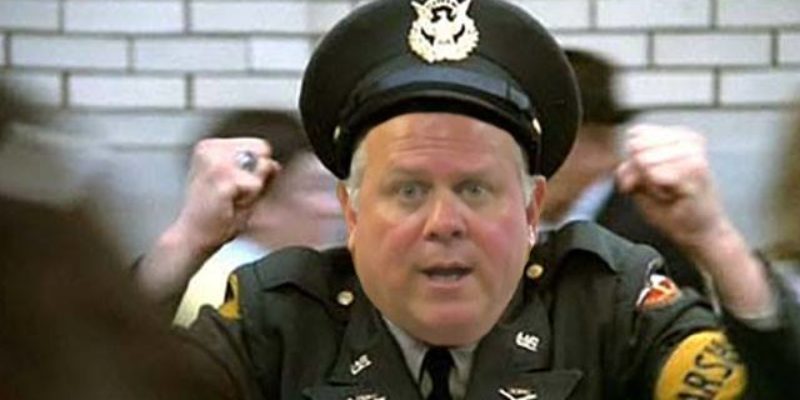 As The Hayride reported this morning, the The New Orleans Advocate reported that the FBI is looking into one of the companies that is co-owned by Jefferson Parish Sheriff Newell Normand. The co-owner of the company under investigation is his chief deputy, Craig Taffaro.

The Feds are looking into whether or not Normand was using the company to launder kickbacks from two companies owned by Normand’s political allies.

The Advocate reports that Normand just sent out a press release saying that he’s not really under investigation.

Jefferson Parish Sheriff Newell Normand says he has been advised by authorities that he is not the target of a federal investigation that has led federal agents to interview him and collect documents from him about a company he co-owns.

In a prepared statement, Normand says that he was informed by agents from the Internal Revenue Service that the “focus of their investigation is tax filings by another individual.” He added that he has been assured by U.S. Attorney Kenneth Polite’s office that “he is not a target of an investigation.”

Polite did not immediately respond to a call seeking comment.

The inquiry was outlined in a story published Sunday in The New Orleans Advocate. The story — which Normand called “misleading” — noted that Normand and JPSO Chief Deputy Craig Taffaro, the sheriff’s partner in CTNN Enterprise LLC, had both been interviewed by federal agents, and that the investigation involves both the FBI and the IRS.

Authorities are examining an arrangement through which CTNN receives commissions from Pelican Marine — a firm that provides food and other items to companies that work offshore in the Gulf of Mexico — for all items that Pelican sells to Harvey Gulf International Marine, a large firm that provides transportation services to oil companies working in the Gulf.

Here’s a video of that statement:

Normand is one of the most powerful men in Louisiana, helping to elect John Bel Edwards governor last year.

Interested in more news from Louisiana? We've got you covered! See More Louisiana News
Previous Article A New Study Says Louisiana Has The Worst Schools In America And JBE Wants To Make Them Worse
Next Article HITHER AND YON: The David Duke Gnashing Of Teeth Has Begun