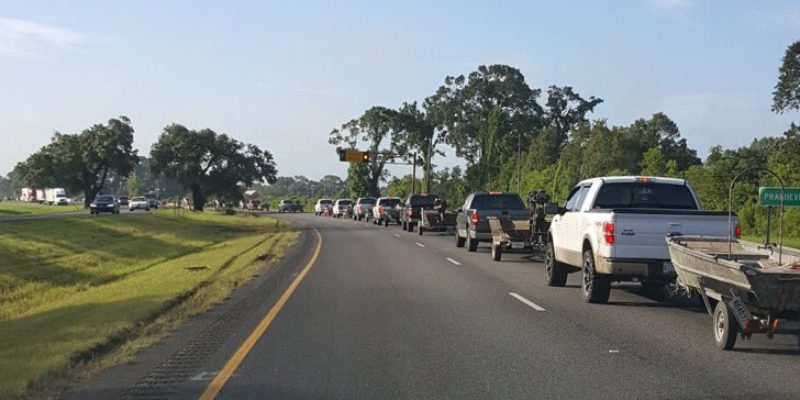 Former Congressman Barney Frank supposedly once said, “Government is simply the name we give to the things we choose to do together.” In this case, it’s making you be licensed and certified before you can get on your boat and rescue your neighbor from flooding.

That’s exactly what State Sen. Jonathan Perry (R-Kaplan) wants to do in the next legislative session. In order to “prevent boaters from being turned away” by state agencies, he wants to mandate that the “Cajun Navy” of private boat owners to be trained and certified in search and rescue.

Here in Acadiana, these heroes who patrol the waters and seek to rescue others are known as the “Cajun Navy.” But, many of these volunteers were turned away from helping others by state agencies, which has led to much frustration.

State Senator Jonathan Perry is looking to eliminate that and put more authority behind these Good Samaritans with the power of legislation.

“At the end of the day, there are going to be two things that are going to be the hurdle when you approach it from the state’s standpoint,” points out Sen. Perry. “Liability is going to be number one for them. They don’t want the liability of someone going out to rescue someone and then not being able to find them (the rescuers) and, secondly, there’s a cost.”

But Sen. Perry says it’s “very doable but will take some work.” He compares it to volunteer firefighters. Both come with the same liability.

Sen. Perry is working on a policy that would train these people for these kinds of situations so they can have certification to show law enforcement officials, which would allow them into the devastated areas instead of being turned away. And, the state would not be liable for them.

One of the best things about the “Cajun Navy” is that they didn’t need the government to put them together and coordinate everything. It was a real life example of spontaneous order. The last thing we need is do-gooder legislators inserting government where it is not needed.

Interested in more news from Louisiana? We've got you covered! See More Louisiana News
Previous Article Obama Gets Update On Louisiana Flooding, Then Heads Right Back To The Golf Course
Next Article OPINION: Don’t Listen to the Politicians. A Curfew Right Now is a Good Thing.