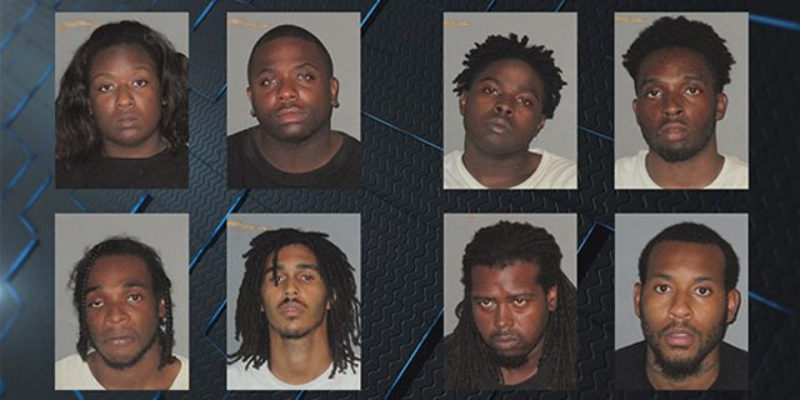 …and on Facebook yesterday I was bragging about not having seen any.

Unfortunately, though, we now do have a couple of reports of looting – and eight of our lesser citizens are now ensconced in East Baton Rouge Parish Prison for their trouble.

Authorities said they arrested eight people suspected of breaking into stores in areas affected by the natural disaster.

The Baker Police Department said it also arrested a group on looting charges:

Baker PD reported Green, Aubert, Kinchen and Dunn were arrested around 11 a.m. They are accused of stealing alcohol and cigars from Brother’s Food Mart on Groom Road. All four are charged with looting, burglary and unauthorized entry during emergency or disaster. Green and Kinchen were also charged with possession of marijuana.

EBRSO said Winborne, the Hendersons and Pounds were arrested around 8 p.m. They are accused of stealing $750 worth of merchandise from the Dollar General on South Harrells Ferry Road in Baton Rouge. They are all charged with looting, theft and violation of state of emergency proclamation. Winborne was also arrested on an outstanding warrant.

Damn shame. Here we were taking a bit of solace over the fact that the folks in Baton Rouge were committed to helping one another in beating this flooding, and then you have these jackasses to spoil it.

Interested in more news from Louisiana? We've got you covered! See More Louisiana News
Previous Article Meet The Heroes Of The ‘Cajun Navy’ Who Are Saving Many Lives As Louisiana Floods
Next Article What To Do If Your House Took Water