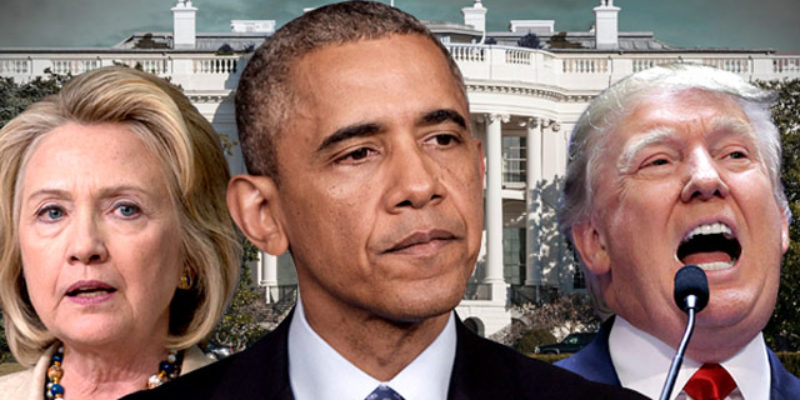 Yesterday we had a spasm of angst emanating from Louisiana’s two largest newspapers about the fact Barack Obama has no intention of interrupting his precious vacation to visit South Louisiana.

Now that the flood waters ravaging Louisiana are receding, it’s time for President Barack Obama to visit the most anguished state in the union.

Last week, as torrential rains brought death, destruction and misery to Louisiana, the president continued his vacation at Martha’s Vineyard, a playground for the posh and well-connected.

We’ve seen this story before in Louisiana, and we don’t deserve a sequel. In 2005, a fly-over by a vacationing President George W. Bush became a symbol of official neglect for the victims of Hurricane Katrina. The current president was among those making political hay out of Bush’s aloofness.

Sometimes, presidential visits can get in the way of emergency response, doing more harm than good. But we don’t see that as a factor now that flood waters are subsiding, even if at an agonizing pace. It’s past time for the president to pay a personal visit, showing his solidarity with suffering Americans.

As with the damage to New Orleans from Hurricane Katrina and the levee breaches in 2005, this disaster needs to be seen to be fully understood.

President Obama ought to make a trip to Louisiana himself.

Like Congress, the president in on vacation at the moment. But he should interrupt that holiday to spend some time with victims of the worst disaster this country has seen since Superstorm Sandy four years ago.

The raw numbers are startling: a “1,000-year” rainfall; 30,000 people rescued; 40,000 homes damaged, many severely; 75 percent of homes damaged in Livingston Parish alone. But a stat sheet cannot fully capture miles and miles of flood-ravaged homes, businesses, schools and churches or the heartbreak of thousands of Louisianians.

And now Donald Trump and Mike Pence are coming to do what the papers think Obama should be doing – to gawk, commiserate and then pontificate.

Hillary Clinton? She has no plans to come, that we know of. From everything one hears, they don’t let Hillary go anywhere where her various mental or medical conditions might show themselves in a catastrophic way. It wouldn’t inspire a lot of confidence in the likely next president if she let loose a seizure or a faceplant in somebody’s flooded front yard.

Neither Obama nor Trump are going to be ripping sheetrock or carpet out of somebody’s flooded house. Hillary Clinton isn’t going to be doing anybody’s flooded laundry or polishing their muddy silverware (she might make off with it like she did with the swag at the White House, after all). They might come here and make promises of lots of federal money, to be steered through politicians few of the locals trust to do a good job of stewardship with. Other than that, what? “I feel your pain?”

Instead, what we get is the taxing of resources. Cops we need to protect citizens are now protecting some politician.

Louisiana doesn’t need dog-and-pony shows. We had plenty enough of that during Katrina, and we know it’s worthless. This idea that attention needs to be called to our situation in order to direct resources here? That’s BS. The people who actually direct the resources know what’s happened here. FEMA director Craig Fugate, who is more or less the only federal official whose presence actually makes a difference, was here earlier in the week. Fugate, who might be one of the only officials in the Obama administration worth his pay, can be trusted to do a decent job moving those resources where they need to go.

What capabilities does Obama bring? Will he survey the situation and figure out, on the fly, a better way to run things? Will he halt the floodwaters and commence them to recede, as he promised to do with sea levels?

Obama is a clown. Anyone who believes Obama cares about Louisiana is a fool. Obama can’t even unite with a speech; he’s had eight years to learn and he’s still hopeless in that regard. Were Obama to come here, we’d be lucky to escape without a lecture about global warming.

Trump might do better, but what expectations should anyone have about his visit? How will he make anyone’s life better by coming here?

This isn’t intended to bash anyone personally, but we should be far beyond the concept that politicians will fix our problems. If politics was an answer to anything, the Comite River Diversion Canal would have been built three decades ago.

Politics is theater, and bad theater at that. Our people don’t need theater. Our people need mold remediation and debris pickup. If Obama, or Trump, or Hillary, don’t have that on offer then their presence is a waste of time.

Interested in more news from Louisiana? We've got you covered! See More Louisiana News
Previous Article The Battlefield, August 19, 2016: Yes, Hillary’s Ads Are Effective
Next Article The Heartwarming Tribute To Louisiana You’ve Got To Read