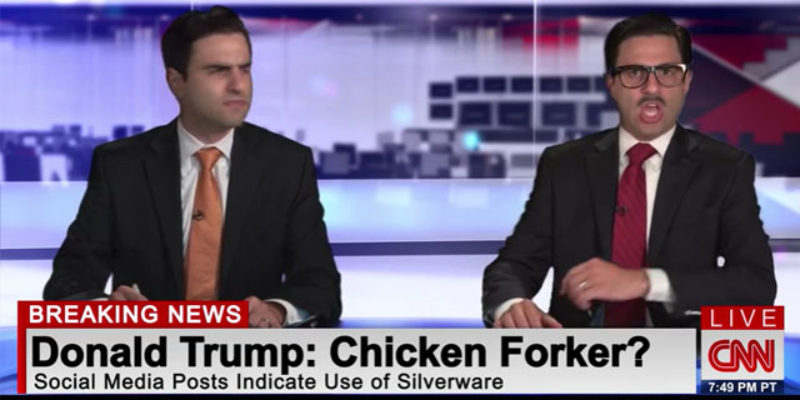 And the timing of Remy’s attack on the media couldn’t be better. We saw much of that here in Louisiana, as the most devastating natural disaster since Sandy hit the southern part of the state while the entertainment networks posing as news organizations were busy defaming Olympic swimmer Ryan Lochte with what turned out to be a lie, among other forays into inconsequential nonsense.

The comeback to this, of course, is that the news organizations are merely giving unserious Americans the information they want, and they can probably show traffic counts and focus groups and Nielsen ratings to defend such statements. Except that’s not why the founders gave such emphasis to the freedom of the press in the First Amendment. The founders conferred that primacy on the press because they also conferred a sacred trust to them to promote an informed public.

And a public informed about Ryan Lochte (misinformed in his case, actually) but not the Clinton Foundation is not the informed public we need.

The public is turning away from newspapers because it knows they do a poor job of reporting the news accurately and without bias. In the past year there is evidence that many of the country’s more attentive citizens are beginning to reject the cable news channels because they’re getting tired of seeing the same divisive, formulaic media narratives applied to every event those channels cover.

The entire industry needs a shakeout and reform. What we’ll get if and when that comes is a question, and, rightly, a concern.

Interested in more national news? We've got you covered! See More National News
Previous Article Now David Duke Is Glomming Onto Donald Trump In Robocalls To Louisiana Voters
Next Article The Illegal Alien I-10 Bus Driver Was Hired By A Company Co-Owned By A St. Tammany Parish Politician