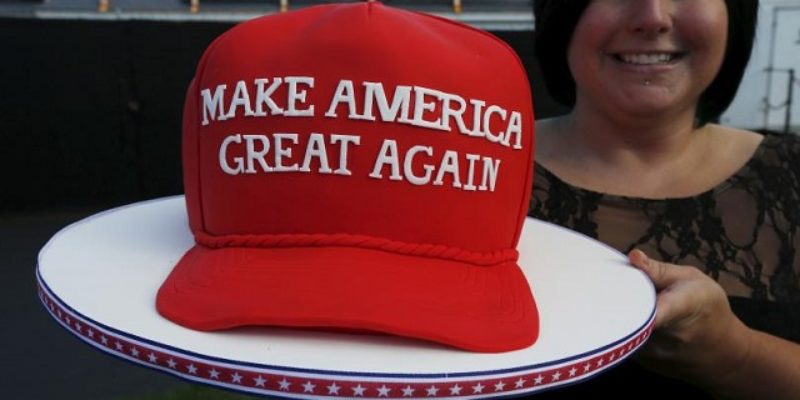 McKenzie Gill wants a Trump-themed 18th birthday party in Benton. She went and tried to have a cake made at the local Albertson’s that had “Trump 2016” written on it.

Here’s what happened next, according to WAFB:

When she and her Mom went to order her cake at Albertson’s on East Texas Street in Bossier City, they weren’t expecting the reaction they got.

“We just need an American flag cake with Trump 2016 on it, and right when I said Trump the lady just (makes face) kinda Trump? And she was like I can make you a flag cake but I’m not going to write Trump on it,” explained Gill.

Gill says they decided to take their order elsewhere, and notified store officials.

“It’s your job, we’re not really going for your opinion on what you think of the candidates we were just wanting Trump 2016 on the cake.”

Albertson’s later apologized to the Gills. They called it a mistake and said they would fulfill their order request next time.

The right to a cake has been an issue for the past few years. The Gay Mafia has been suing to drive bakers out of business who will not bake them wedding cakes. They’ve had the support of some state governments and even a Libertarian presidential candidate.

Young McKenzie Gill has just demonstrated a common sense solution to this whole cake issue. If someone won’t bake you the cake that you want just go find a baker that will. There’s no need to involve the government.