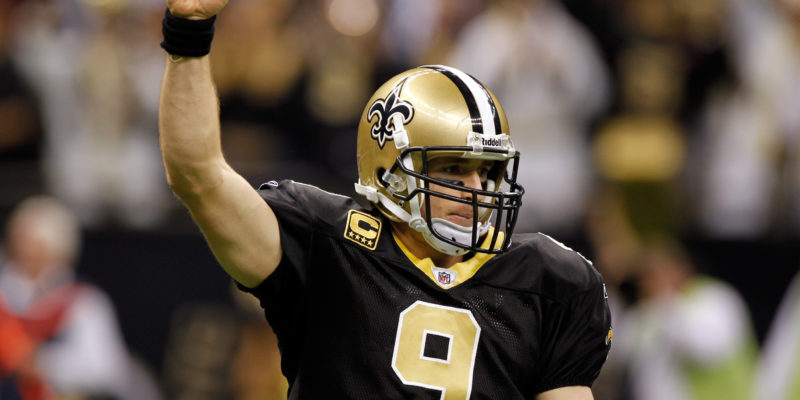 Beloved New Orleans Saints Quarterback Drew Brees doesn’t seem to be going anywhere, anytime soon. An anonymous source says Brees has signed a contract extension with the team and will remain in the city at least until 2017, while garnering a $30 million bonus.

Saints quarterback Drew Brees has agreed to a contract extension with the Saints and a person familiar with the deal says it will keep Brees in New Orleans through at least 2017 and guarantee him $44.3 million.

The person spoke to The Associated Press on condition of anonymity on Wednesday because details of the extension had not been announced.

The contract runs for five years, starting this season, and includes a $30 million bonus that, for now, can be prorated over that period to substantially reduce the $30 million Brees’ old contract would have counted against the Saints’ salary cap this season. However, the final three seasons are voidable, meaning the Saints and Brees, who turns 38 in January, will have to revisit the possibility of another extension next year.

Though the deal is only for two more years with the Saints, Brees said he expects to play longer and wanted a deal that reflected that, but said this agreement was in the best interest of the Saints.

“Brees said Wednesday that the salary cap implications were the most important thing to him because it puts the Saints in position to keep and acquire talent,” the AP reported.