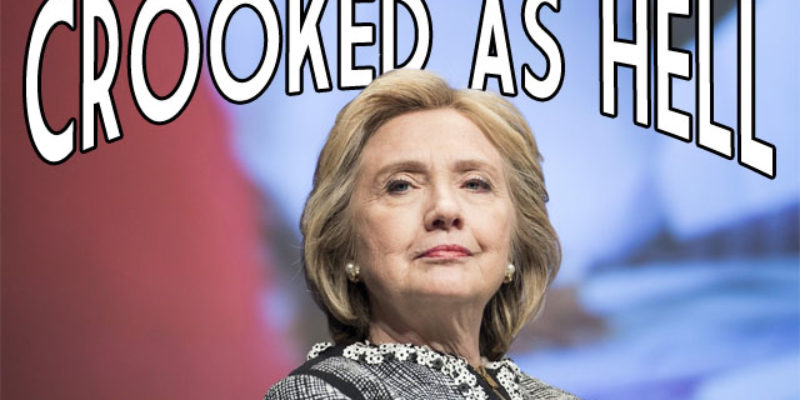 Hillary Clinton, like all Democrats, styles herself a champion of the little people. She claims to stand up for them against the evil, rich Republicans who fight for corporate interests.

But Hillary may have some explaining to do. The New York Observer is reporting that Hillary’s campaign is overcharging small dollar donors. Apparently what they’re doing is when the donor thinks they’re making a one-time contribution, they’re making recurring contributions.

Hillary Clinton’s campaign is stealing from her poorest supporters by purposefully and repeatedly overcharging them after they make what’s supposed to be a one-time small donation through her official campaign website, multiple sources tell the Observer.

The overcharges are occurring so often that the fraud department at one of the nation’s biggest banks receives up to 100 phone calls a day from Clinton’s small donors asking for refunds for unauthorized charges to their bankcards made by Clinton’s campaign. One elderly Clinton donor, who has been a victim of this fraud scheme, has filed a complaint with her state’s attorney general and a representative from the office told her that they had forwarded her case to the Federal Election Commission.

“We get up to a hundred calls a day from Hillary’s low-income supporters complaining about multiple unauthorized charges,” a source, who asked to remain anonymous for fear of job security, from the Wells Fargo fraud department told the Observer. The source claims that the Clinton campaign has been pulling this stunt since Spring of this year. The Hillary for America campaign will overcharge small donors by repeatedly charging small amounts such as $20 to the bankcards of donors who made a one-time donation. However, the Clinton campaign strategically doesn’t overcharge these donors $100 or more because the bank would then be obligated to investigate the fraud.

The unnamed fraud specialist claimed that the donors would try to call the Clinton campaign to try and resolve the issue, but it goes nowhere. They go on to say that this trick is commonly pulled by pornography companies and other shady online retailers.

Before we go any further, we should point out that the New York Observer is owned by Donald Trump’s son-in-law, Jarod Kushner. For what it’s worth, the Trump campaign has been accused of similar things.

But The Observer went out and found one of the alleged victims, an 81-year-old Minnesota woman by the name of Carol Mahre. Carol says she made a one-time $25 donation back in March. Then when Mahre got her bank statement, she saw the Clinton campaign charged $25 three more times then charged another $19.

RELATED: The Real Problem With Hillary Clinton Is Not Her Health, It’s Her Dishonesty

Mahre provided a bank statement to The Observer showing the charges. But a search of the FEC database showed no record of donations under her name, but on the other hand campaign donations under $200 do not have to be reported. 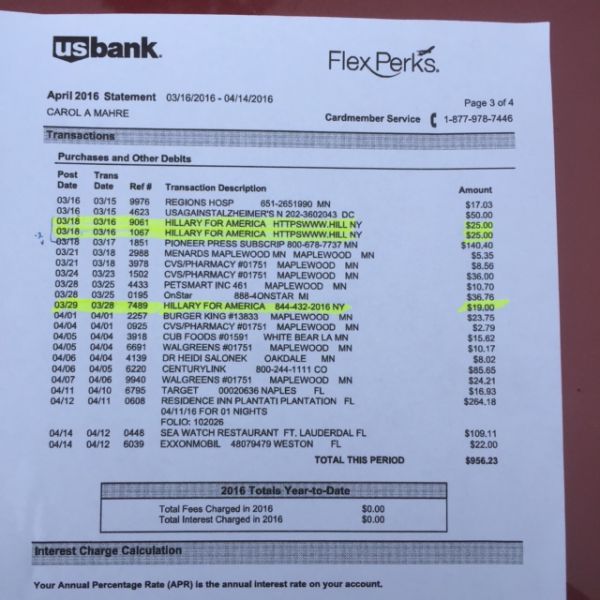 Eventually Carol had to get her son, who is an attorney, involved. The charges to her card were only reversed when a local TV station ran a story about her allegations.

If these allegations are true, Hillary will have a fraud problem on top of her other honesty problems.

Interested in more national news? We've got you covered! See More National News
Previous Article KATRINA ALL OVER AGAIN: FEMA’s Performance In Louisiana Flood Relief Is Already Under Scrutiny
Next Article There’s A Second Hillary-Has-Parkinson’s Video, And It Analyzes Her 9/11 Memorial Episode