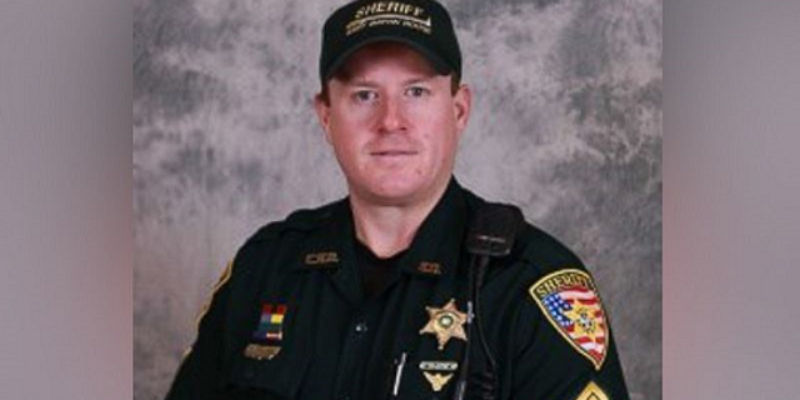 East Baton Rouge Sheriff’s Deputy Nick Tullier was severely wounded in the Baton Rouge police ambush in July. He was shot in the abdomen, head, and upper arm. For a long time, he was in a coma.

But he has been out of a coma for weeks and he is still in critical condition at Our Lady of The Lake hospital in Baton Rouge. In more good news, Deputy Tullier has been accepted for rehab at the TIRR facility in Houston.

Deputy Nick Tullier has been accepted at the TIRR rehab facility in Houston, according to his father.

James Tullier said they heard back late Monday evening from TIRR saying they would happily take Nick. He added Nick will definitely be going to TIRR, but they do not have a specific date yet.

Deputy Tullier, 41, was one of six officers who were shot during an ambush shooting on Sunday, July 17. He was transported to Our Lady of the Lake Hospital, which is where he has remained in critical condition.

Several surgeries have been performed in an attempt to repair the damage caused by three bullets. Deputy Tullier was struck in the abdominal region, upper arm and in the head.

Since then, Nick has been in the hospital as family, friends and supporters hope and pray for him.

The Tullier family has a Facebook page, Nick Tullier Strong, where the family provides constant updates on his condition. The Baton Rouge area has rallied around the Tullier family, raising money for them and lifting up Nick and the entire family up in prayer.

There is no timetable set for when Nick is set to go to Houston to begin rehab.

Interested in more news from Louisiana? We've got you covered! See More Louisiana News
Previous Article Did You See The Viral Video Of Disney Ruining Gumbo?
Next Article Mike Johnson Picks Up A Big Endorsement For His Race For Congress