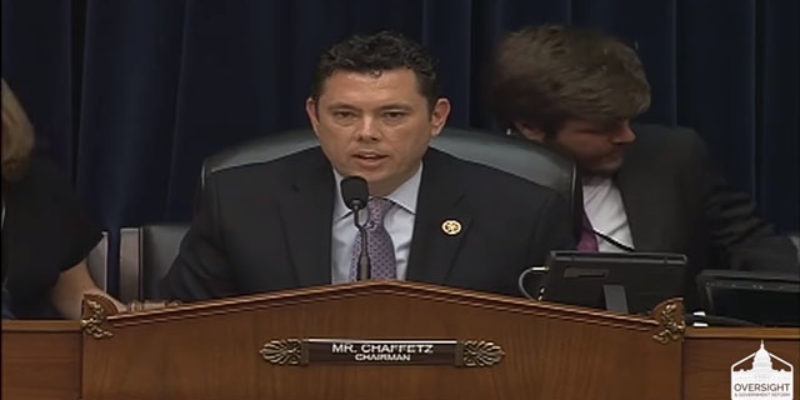 This happened Monday, and it was about as fun as a congressional hearing can get.

At issue was the FBI’s notes from the “302” interview it did with Hillary Clinton, an interview which has come under a great deal of scrutiny since the FBI let out a redacted copy of those notes. There were a few interesting items in the redacted copy – most notably, as you’ve heard, that Clinton tried to assert she thought the “C” marking for “confidential” on some material she shared was part of some alphabetical-order system, that despite the legal requirement she be given training on handling classified information she said she hadn’t received any, and that she had multiple BlackBerry devices over her time as Secretary of State, some of which couldn’t be recovered because they’d been destroyed with a hammer.

Let that sink in – Congress asked for the interview notes, and the FBI only provided a redacted version. That’s the FBI telling Congress, which is the constitutionally-authorized and elected body which controls the funding of the FBI (which you will find no reference to in the Constitution), that the FBI, rather than Congress, gets to determine what level of access it will allow to the public information it possesses. That should scare the bejesus out of you.

So Congress wants the entire “302” interview notes, not just the 58 pages of redacted material. The suspicion – which is not groundless, based on multiple circumstances surrounding the interview, including the fact that Clinton was somehow able to have Cheryl Mills present as her attorney despite the fact Mills is just as thick into the controversy about Hillary’s e-mails as Hillary is and probably ought to be a target of the investigation as well – is that the unredacted notes will show that the FBI interview was part of a put-up job designed to whitewash the criminality behind the e-mail scandal and let the Democrats’ presidential nominee off the hook.

And when Rep. Jason Chaffetz (R-Utah), the chair of the committee investigating the e-mail scandal, has an FBI agent testifying at the committee who attempts to play cute with his demands for the information, the Congressman is ready with his own bit of cuteness – a subpoena his aide serves on the FBI right there at the hearing…

Interested in more national news? We've got you covered! See More National News
Previous Article Matt Bevin Quotes Thomas Jefferson In A Speech, And Everyone Wets Their Pants
Next Article Homeowners Suing The State Over Solar Tax Credits Need To Sue Big Solar Instead For Ripping Them Off