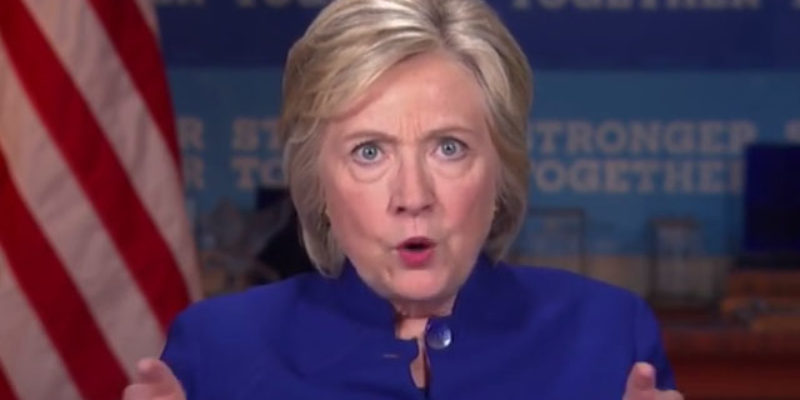 They gave this one to me, I guess because it’s not somethin’ you ought to take seriously. But anyway, they had some union meetin’ in Las Vegas, and they invited Hillary to come speak. But on account of her pneumonia or her Parkinson’s or her ol’ lady poopy-drawers smell, she hadda do it over a Skype or somethin’.

An’ this is what came.

Lookit, even I know you don’t say “aren’t I.” You say “am I not.” So either Hillary’s a half-illiterate as well as half-dead, which would explain how come she flunked the DC bar exam, or else she’s tryin’ to talk down to all the union dudes at the casino they’re meetin’ at.

Either way, that bitchin’ about not bein’ 50 points up on Trump ain’t gonna play too hot. It’s a reminder of lotsa things.

A seething Bob Dole issued a ”wake-up call” to the nation today, warning that President Clinton did not reflect America’s values and that the liberal media were protecting the ”disgrace” of his Administration.

With renewed aggressiveness, the Republican Presidential nominee, still trailing in the polls, acknowledged that he was ”frustrated” and told voters that they should be more fed up than they appeared.

Also, it’s reminiscent of this…

Mike Pfleger is a kook and a clown, but he looks like he had it nailed.

Poor Hill. She just can’t catch a break, can she? Even drawin’ Trump as her opponent she still face-plants. Cuz of the Parkinson’s and all, I guess.

Interested in more national news? We've got you covered! See More National News
Previous Article We Should Also Put This Michael Berry Clip About Urban Violence Into The Mix…
Next Article VIDEO: A Bunch Of Celebrities Make The Best Pro-Trump Ad Ever