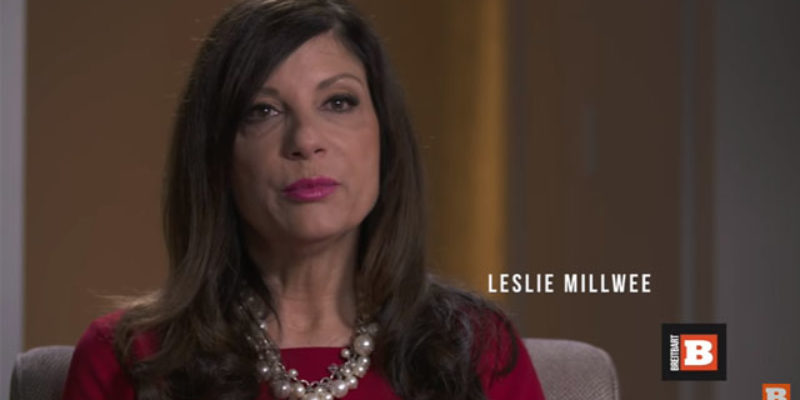 Her name is Leslie Millwee, and in 1980 she had a job as a reporter with a TV station in Ft. Smith, Arkansas. Bill Clinton was the governor of Arkansas at the time and took a fancy to her – which as we know is generally not something which particularly ends well for the object of his interest.

According to Millwee, on three separate occasions Clinton followed her into the editing room at the TV station to touch her inappropriately, and twice pleasured himself by rubbing his penis against the back of her neck until he had an orgasm. In addition, she says Clinton came to her home and pounded on her door demanding to be let in – an action which so freaked her out that she ended up quitting the TV station and found a different career path (which led her to pharmaceutical sales and then to cancer advocacy).

She has not come forward previous to today, though she had considered it in the late 1990’s when the Kathleen Willey and Monica Lewinsky scandals broke. She says the treatment those women were given at the hands of the Clintons, coupled with where she was with her career and with small children at the time, dissuaded her from going public. The lack of accountability for the Clintons in the wake of these multiple scandals motivated her to do it now.

The interview with Millwee goes 19 minutes, and it’s compelling. If she’s not telling the truth she’s a lot better liar than Hillary Clinton is.

Besides, there is this…

Interested in more national news? We've got you covered! See More National News
Previous Article BAYHAM: What Trump Needs To Do, And Not Do, In The Third Debate
Next Article WAGUESPACK: Small Business Recovery Is No Small Matter