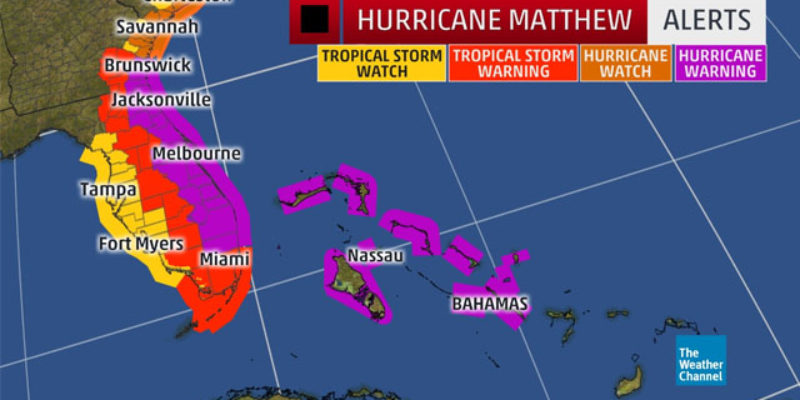 There is supposedly an announcement set for 2 p.m. central time following a meeting of LSU, Florida and SEC officials. Florida has closed its campus effective at 5 p.m. tomorrow, and one wonders how a university would host an SEC football game on a closed campus.

Meanwhile, Sen. David Vitter sent this letter to Florida governor Rick Scott, who has demanded that people in 26 different Sunshine State counties “Evacuate! Evacuate! Evacuate!” – which doesn’t include Alachua County where Gainesville sits but does include a number of the nearby ones… 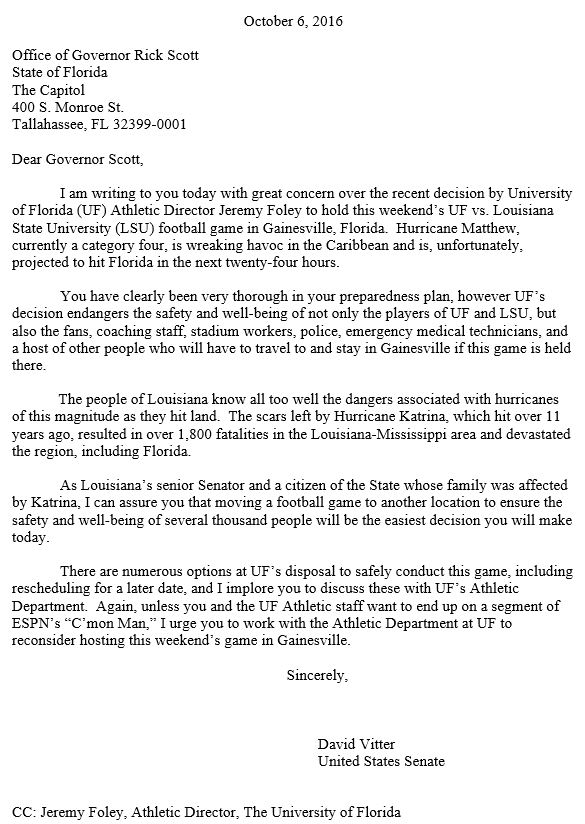 LSU president F. King Alexander said that the window for staging the game in Baton Rouge on Saturday has passed, which as we noted earlier probably is exactly the way Florida wanted things given the competitive circumstances of the game (they’d probably rather it be cancelled than have to turn a home game into a road game).

But perhaps the game could take place Sunday or Monday somewhere other than Gainesville if the damage and demands on emergency workers and security personnel are too intense to hold a football game. LSU might be able to pull something together, or Doak Campbell Stadium in Tallahassee or Ladd Stadium in Mobile could be possibilities.

Either way, Florida’s decision to hold out for a Saturday game is getting lots of negative feedback – and the intransigence of their position has even called the SEC’s management of the situation into question.