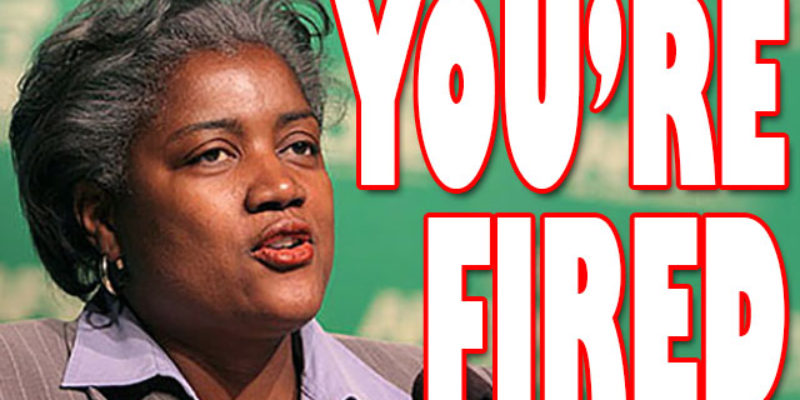 And if you feel sorry for Donna Brazile, just remember – Election Day is Wednesday next week.

CNN says it is “completely uncomfortable” with hacked emails showing former contributor and interim DNC chair Donna Brazile sharing questions with the Clinton campaign before a debate and a town hall during the Democratic primary, and has accepted her resignation.

Hacked emails posted by WikiLeaks show Brazile, whose CNN contract was suspended when she became interim DNC chair over the summer, sharing with the Clinton campaign a question that would be posed to Hillary Clinton before the March CNN Democratic debate in Flint, and sharing with the campaign a possible question prior to a CNN town hall also in March.

In a statement, CNN spokeswoman Lauren Pratapas said that on Oct. 14, the network accepted Brazile’s resignation.

“On October 14th, CNN accepted Donna Brazile’s resignation as a CNN contributor. (Her deal had previously been suspended in July when she became the interim head of the DNC.) CNN never gave Brazile access to any questions, prep material, attendee list, background information or meetings in advance of a town hall or debate. We are completely uncomfortable with what we have learned about her interactions with the Clinton campaign while she was a CNN contributor,” Pratapas said.

In a tweet, Brazile thanked CNN and her now former colleagues there.

The question at this point probably should be whether Hillary Clinton was asked any questions she didn’t already know were coming.

Certainly you can anticipate a lot of them as part of natural debate preparations – you’ll get asked about standard issues like minimum wage increases, abortion, tax rates, Aleppo, terrorism, illegal immigration and the like. But this, which is now a pattern, indicates that questions which are a little off that beaten track seem to be routinely tipped to the Clinton campaign.

So far we know Donna Brazile was involved with that. We don’t know whether anyone else was, or how deep the collusion between the media and the DNC/Clinton campaign has gone.

Oh, well. It’s not like they weren’t already calling it the Clinton News Network.