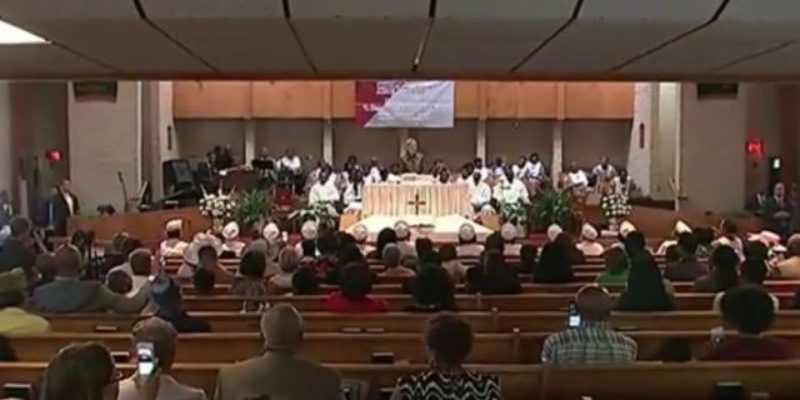 There’s a Wall Street Journal article posted yesterday which discusses efforts in Ohio to bolster turnout among the black community which has fallen off the table since 2012 – something which could be a real problem for Democrats on Tuesday.

Struggling to turn out black voters in Ohio and other presidential battlegrounds, Hillary Clinton has turned to such allies as President Barack Obama and hip-hop artist Jay Z to nudge African-Americans to the polls.

The president vouched for the Democratic nominee Tuesday in Columbus and Mrs. Clinton is to appear with Jay Z at a concert on the predominantly black east side of Cleveland Friday. She will return for another Cleveland event Sunday.

Mrs. Clinton needs black turnout to approach the levels Mr. Obama drew during his campaigns to win Ohio in 2008 and 2012, and to some extent Florida, Michigan and Pennsylvania.

Mr. Obama said in a radio interview Wednesday that “the African-American vote right now is not as solid as it needs to be.” In Ohio, that reflects a combination of a dip in enthusiasm without the first black president on the ballot and restrictions on early-voting enacted by Republicans who control Ohio’s state government.

“She’s not Barack Obama,” said Nina Turner, a black former Ohio state senator from Cleveland who was one of Bernie Sanders’s chief surrogates who has remained critical of Mrs. Clinton. “The same emotional historic connection that the African-American community felt toward the president I don’t think can be shared by anybody.” 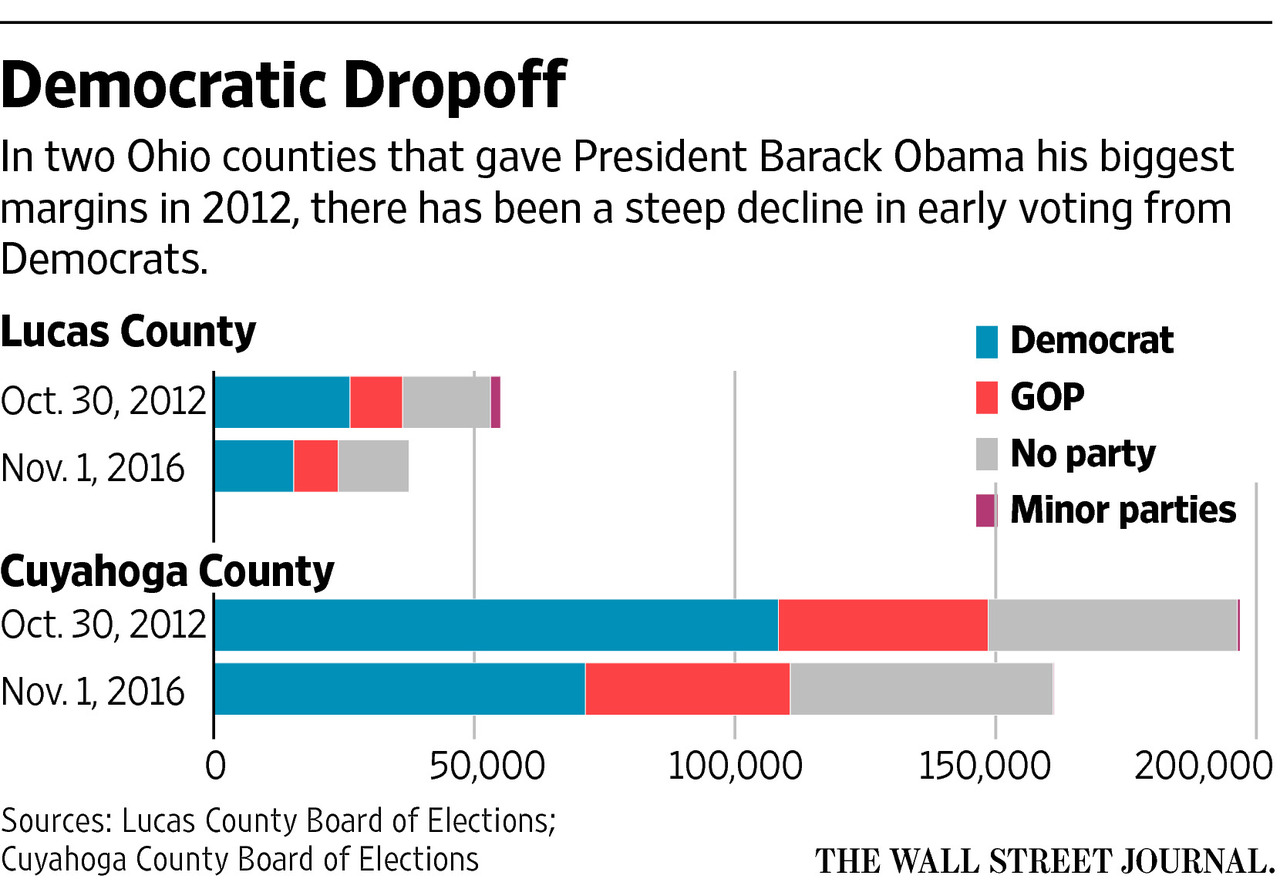 CNN found a similar dropoff in black turnout in Georgia, the black percentage of early votes has fallen from 36 percent to 31.

In lots of other states this trend appears to be materializing as well.

Which is probably one reason why Democrat spin doctor-turned-academic Bob Mann, who still has a partisan column at the New Orleans Times-Picayune, showed up today to kvetch about efforts to scrub the rolls of dead people and ineligible voters, accusing the people behind such efforts of “voter suppression” and racism. Such columns have two purposes – they signal both panic at developing events and a ready-made excuse for bad performance; it can’t be that black voters find less of interest in Hillary Clinton than they did in Barack Obama, it has to be that evil Republicans are at fault!, and also, by playing the Racism! card so close to an election the intent is to drive outraged black voters to the polls.

Lotsa luck with that.

All this being said, numbers-crunching expert Sean Trende cautions that reading too much into early voting in general doesn’t give you a great perspective into how things will go…

If African-American participation rates revert to their historic mean of trailing their white counterparts by six points, a lot of the polls are going to be off, including in places like Ohio, Michigan and Wisconsin. But all of this is meaningless if African-American voters were uniquely motivated to vote for Barack Obama in 2008 and 2012, and so voted early in those years, but still opt to vote on Election Day of 2016 despite lower enthusiasm.

So there are multiple ways to interpret this. You could believe that African-American voters are just going to show up on Election Day, or you could look at a surge in white unaffiliated voters and see a huge vote materializing for Trump. But what you decide is likely affected heavily by your prior views.

That’s the question. Typically speaking, what early voting is a window into is how fired-up voters are to push a button for their candidate. Last-minute deciders and unenthusiastic voters very much still pick a horse and ride him on Election Day.

But in Louisiana, we at least know there is a trend reflective of the black share of the vote. That 35 percent of early voters being black translated into 31 percent of the overall electorate in 2008, and in 2012 the 33 percent share of the early vote ended up being 29.5 percent of the overall electorate. One wouldn’t expect a dropoff between 2.5 and 4 percent from early voting to overall this year, what with the early voting share being a low 26.7 percent, but it’s clear black turnout is down sizably from 2012 and will be so when all the votes are counted.

How much that’s the case nationally, and how much of the increased turnout among Hispanics will replace the black vote in the Democrats’ column, could determine the election.

Interested in more national news? We've got you covered! See More National News
Previous Article REPOST: Yes, There Are Reasons For Optimism That LSU Might Beat Bama This Year
Next Article If You’re Wondering How Louisiana Can Raise $2 Billion In Taxes And Still Have A Deficit, This Is One Reason…