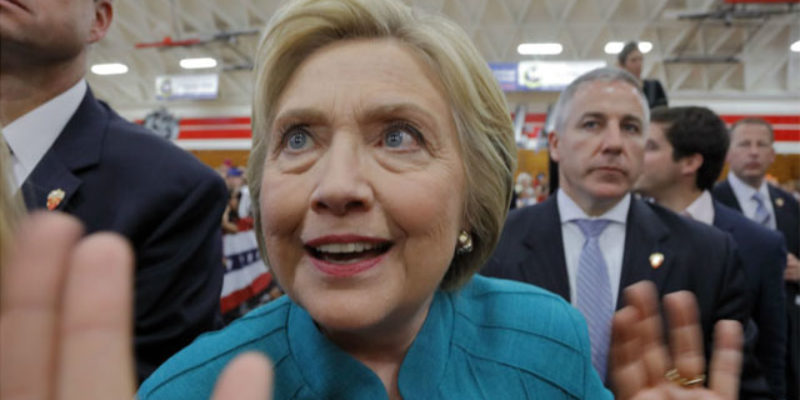 “If you shoot at a King, you must kill him”
– Ralph Waldo Emerson

Perhaps Hillary Clinton should have paid heed to Emerson’s sage advice. Despite an outcry from his supporters it appeared that Donald Trump was not going to pursue charges against Hillary and Bill Clinton arising from the email scandal and from what appears to be unquestionable illegal activities surrounding the Clinton Foundation.

But now Hillary Clinton, in what is obviously a poorly thought out move, has joined with the Green Party candidate to challenge vote totals in Wisconsin and perhaps more states. In what could turn out to be the worst error of her lifetime, this challenge is sure to make Trump furious. This especially in light of an agreement made between both parties to concede defeat once the AP had made a call on the election.

In the end Hillary conceded defeat and Trump, in what appeared to be a magnanimous move before we learned that they had made their deal, volunteered that she had suffered enough and he would not pursue the investigation. But Hillary Clinton, once again proving that she is not honorable with her word, has joined in the recount effort and Trump, as he should be, is furious.

Clinton has one chance to succeed in this gambit, she must “kill the King.” If however, as is much more likely, there is no reversal of the election results, the “King” will then be free from his agreement with Hillary Clinton and more than likely anxious to seek his revenge.

When, as I suspect, all this has settled down and Trump becomes President, he may well unleash the legal hounds and Hillary and Bill would then find themselves immersed in a broad and pointed investigation, possibly leading to criminal charges. Then those immortal words of Emerson will be ever so valid.

The ability for Hillary Clinton to overturn the election is slim at best and the risk she runs from an enraged President of the United States is so overwhelming that it leads me to wonder in amazement who of her advisers persuaded her to take this risk. For her sake she better hope that her long shot bet pays off. If not we may not have heard the end of the Clintons and this time it may be very excruciating for them.

Interested in more national news? We've got you covered! See More National News
Previous Article VIDEO: How’d You Like To See Somebody Hit A Basketball Shot From 594 Feet?
Next Article Buzzfeed And Cosmo Need To Leave Gay Marriage Opponents Alone