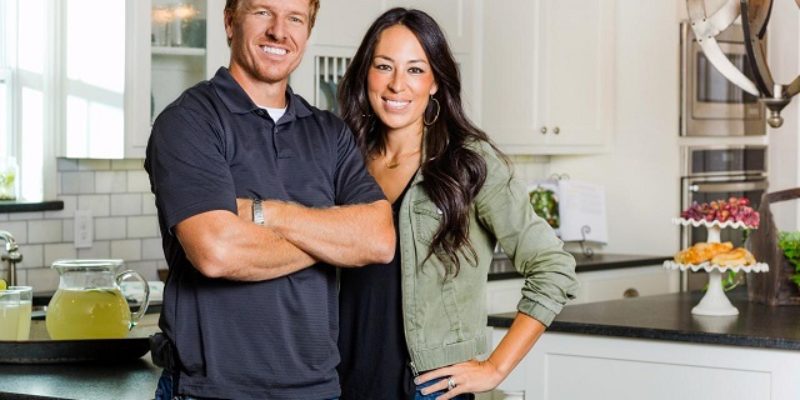 Chip and Joanna Gaines are a couple who host a very popular show on HGTV called Fixer Upper. They’re also real estate developers who played a role in revitalizing their hometown of Waco, Texas. They’ve also got a best-selling book out and they have business ventures in everything from publishing to paint.

As is the case with anyone who becomes a celebrity in this day and age, the Gaines have a target on their back. Today, both Buzzfeed and Cosmopolitan Magazine released hit pieces on them. The big problem both publications have against the Gaineses is that they attend a church where the pastor believes homosexuality is a sin and as a result, he opposes gay marriage.

Here’s how Buzzfeed describes it:

When reached by phone, Antioch Community Church’s communications director pointed me toward the church’s website under “beliefs,” where it states, “Marriage is the uniting of one man and one woman in covenant commitment for a lifetime.” The church has held the same position since Seibert founded it 17 years ago, she said.

And in June 2015, on the Sunday after the Supreme Court legalized same-sex marriage in all 50 states, Seibert scrapped what was going to be the program at Antioch that day in order to reaffirm where the church stands, whatever the law of the land may be.

After talking about Genesis, and saying that marriage is between “one man and one wife,” Seibert emphasizes the fixedness of this idea. “This is a clear biblical admonition. So if someone were to say, ‘Marriage is defined in a different way,’ let me just say: They are wrong,” he says from the pulpit to applause from the congregation. “God defined marriage, not you and I. God defined masculine and feminine, male and female, not you and I.”

Seibert then goes on to discuss sin. “Truth No. 1: Homosexuality is a sin. The lie: Homosexuality is not a sin.” He urges compassion for the sinners, though, because “the statistics say that 90% of people who are in a full-blown homosexual lifestyle were abused in some way. Physically, sexually, mentally.” He also says that gay pornography deserves some of the blame. “We have people and young people that never had any intention of a same-sex attraction et cetera, who have seen sexuality up front in pornography and now are trapped in the addiction of it.”

But LGBT people have a choice, Seibert says, and can change. “Truth No. 2: God is able to give us power over every sin, including homosexuality. Lie No. 2: I am a homosexual in thought and action, and I cannot change.”

He tells the story of a playground conversation he recently had with a friend, who was wondering whether one of the kids in their charge was going to be gay or straight. He said to her, “Can I just tell you you don’t have to wonder? You can lovingly, carefully bring them back to Scripture, be compassionate in the journey. And help them direct their passions rightly to how god created them.”

He expands on that notion: “We can change, contrary to what you hear. I’ve worked with people for over 30 years — I have seen hundreds of people personally change their direction of same-sex attraction from a homosexual lifestyle to a heterosexual lifestyle. It doesn’t mean they don’t struggle with feelings, it doesn’t mean that they aren’t hurting, it doesn’t mean it’s not challenging. But they have chosen to change. And there has always been grace there for those who choose that.”

This is no different than what is preached in churches all over the country. In fact, you know what else preaches that homosexuality is a sin? The Bible. It would be news if a Christian church preached something differently.

The Buzzfeed reporter, Kate Aurthur, makes a big deal about the Gaineses spokespeople refusing to respond to her questions on this story. I’m going to assume they didn’t respond because they didn’t think this issue was worth talking about or thought their views on this topic were her business.

From what I understand, neither Chip nor Joanna Gaines are all that political. They don’t discuss politics on their shows, their books, or anywhere else. I understand this may shock readers of Buzzfeed and Cosmo, but not everything in life or in the culture has to be political. It’s okay to hold different moral and political views from an entertainer and still enjoy their TV show.

It’s clear why Buzzfeed and Cosmo released their hit pieces. They want to drive opponents of gay marriage from the public square and destroy their livelihoods. Isn’t that……intolerant?

Tolerance and dialogue are one-way streets with the left. They only tolerate the views they agree with and everyone else has to be silenced. People are sick of being bullied for what they believe in. That’s a reason why they turned to Donald Trump and elected him president because they saw him as the only one willing to stand up to radical left and PC culture.

Most Americans want to live their lives in peace. They don’t want to hurt others or deprive them of their rights, but at the same time they want to be free to hold their own sincerely held views on moral and political issues. There is a phrase that the left should learn, “live and let live.”

Buzzfeed and Cosmo have proven today that they have learned nothing over the past year and a half. Perhaps they should try talking to people instead of talking down to them.