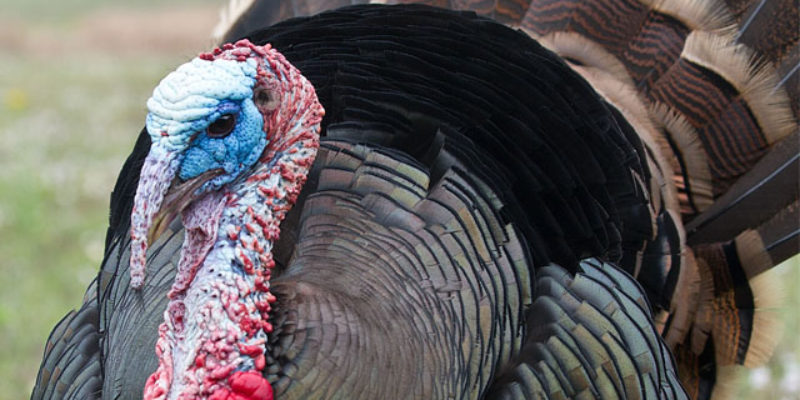 Since my Ringside Politics radio and TV programs started in 1999, I have enjoyed an annual Thanksgiving tradition of bestowing a “Turkey of the Year” award to the most deserving celebrity or politician. Of course, these are “winners” who distinguished themselves in a particularly foolish way. Previous winners have included filmmaker Michael Moore, former House Speakers John Boehner and Nancy Pelosi, President Barack Obama and former New Orleans Mayor, current federal inmate, Ray Nagin.

This year, the list of nominations was almost endless. It has been a political year like no other, but it has been dominated by one person, President-elect Donald Trump. He burst onto the political scene as a businessman and outsider who was tired of the insufferable weight of political correctness. He declared his goal was to “Make America Great Again,” by “draining the swamp” around Washington D.C. and putting “America First.”

It all started on June 16, 2015 before a huge crowd at the Trump Tower in New York City. In his initial speech, Trump claimed that the country needed a wall on the southern border and that Mexico would pay for it. He also lambasted Mexico for “sending people that have lots of problems, and they’re bringing those problems with us. They’re bringing drugs. They’re bringing crime. They’re rapists. And some, I assume, are good people.”

Immediately, Trump was labeled a racist and the media started to ridicule his presidential plans. There were also efforts to financially harm Trump’s business empire. His Miss Universe show was dropped by television networks, the first indication that his presidential aspirations would be met with fierce opposition.

In the GOP race, Trump faced 16 seasoned challengers, many of them are members of the Republican Party establishment. These candidates were quick to condemn Trump whenever he made a controversial comment. Many issues arose that gave his opponents fodder. Trump’s statements about Megyn Kelly of Fox News, Senator John McCain, and an Indiana judge presiding over the Trump University legal case caused continual controversy.

After he secured the Republican presidential nomination, there were other controversies such as his statements about a Muslim father who lost a son in the Iraq War, a former Miss Universe and his infamous remarks about women captured on a 2005 tape recording which was conveniently released to deflect from the WikiLeaks disclosures about Hillary Clinton. The icing on the political cake occurred when 12 women came forward to allege Trump sexually assaulted them.

In every one of these incidents, Trump was viciously attacked by the usual collection of news reporters, Hollywood celebrities and liberal politicians. Unfortunately, they were joined by many Republican politicians who were eager to be critical of Trump and unwilling to support his candidacy, even after he secured the nomination.

Joining these political leaders was a collection of conservative misfits in the media and political worlds who refused to endorse Trump. This group became known as the “Never Trumpers” and included radio talk show host Glenn Beck, commentators Erick Erickson, George Will and Bill Kristol and Senators Ben Sasse of Nebraska and Jeff Flake of Arizona. Many of these individuals bitterly opposed Trump, even though he won the nomination fairly and faced Hillary Clinton, a corrupt liberal, in the general election.

From this “Never Trump” universe, I selected my three Ringside Politics Turkeys of 2016. These were the worst of this motley crew because they were presidential candidates who betrayed their party and reneged on a promise to support the nominee. All 17 GOP presidential candidates signed a pledge to officially endorse the eventual party nominee. Unfortunately, former Florida Governor Jeb Bush, South Carolina Senator Lindsey Graham and Ohio Governor John Kasich placed their own political interests in front of their party and their country.

Not only did they make a horrific mistake, but they looked quite foolish in the process. Graham said that “If we nominate Trump, we will get destroyed…….and we will deserve it.” Not quite Lindsey, as Trump won 31 states and collected 306 electoral votes, the most won by a Republican presidential candidate since 1988. Jeb Bush who was embarrassed by Trump and famously labeled “low energy” acted like a petulant child and refused to endorse anyone, and indicated he would vote for a third-party candidate.

While Graham and Bush acted poorly, the most egregious political violation of the year was committed by Ohio Governor John Kasich. He not only refused to endorse Trump but later confessed to writing in the name of John McCain as his presidential choice.

Kasich declined to participate in the Republican National Convention which was held in his home state of Ohio. He did not welcome the delegates nor attend any of the events which culminated in Trump’s nomination. He was under the delusion that he was the “most electable” Republican presidential candidate even though he only won one primary in his home state of Ohio. In contrast, Trump won 37 states and four times the number of delegates as his nearest competitor.

In a year of the Trump political revolution, where one candidate defeated the combined forces of the political, business, media and globalist establishment, these three Republican Turkeys did not join the historic party.

Sadly, Graham, Bush and Kasich put their selfish interests first and lost badly. Their only consolation is that they are the clear winners of the 2016 Ringside Politics Turkey of the Year Award.

Interested in more national news? We've got you covered! See More National News
Previous Article GIFFORD BRIGGS: Trump Could Be A New Hope For The Oil And Gas Industry
Next Article HITHER AND YON: If Jeff Sessions Gets Confirmed, Mitch Landrieu Might Get Screwed