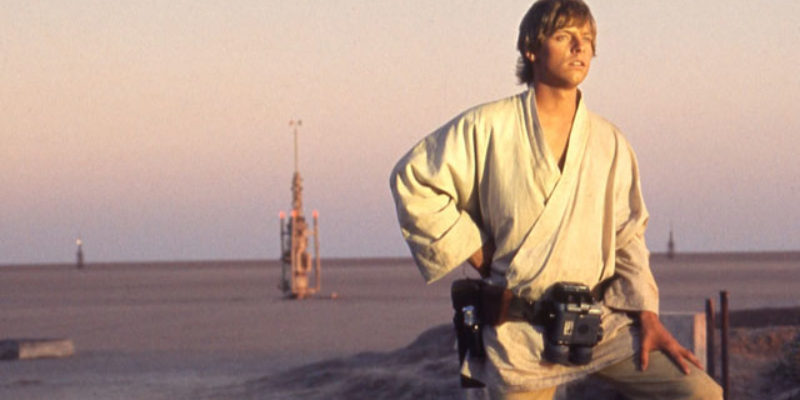 Nearly 40 years ago, Luke Skywalker began his cinematic journey to becoming a Jedi on the big screen. Over a series of blockbuster films, Luke captured the imagination of millions of Americans as he fought Darth Vader, destroyed the death star and saved the galaxy.

In the days since the shocking presidential election, some Star Wars fans have likened President-elect Donald Trump to Luke Skywalker as he rose up to challenge the evil empire. Others have taken a much darker view comparing him to the Evil Emperor. Regardless of where you fall on the political spectrum, it is likely we can all agree President-elect Trump will need some help from “the force” to get the nation’s economy going and fulfill his campaign promise to “make America great again.”

Given the important role the energy sector plays in job creation and stimulating economic growth across the country, America’s oil and natural gas industries could be the key to Trump’s success.

Conventional wisdom suggests the Trump Administration will be a strong advocate for oil and natural gas. At the very least the job-killing, anti-energy policies that have suffocated growth and production over the last 8 years will finally come to an end. That in itself is enough to celebrate, but there’s even more reason for cautious optimism.

On the campaign trail, Trump called for an “America First” energy plan that includes using “our vast coal, shale gas, and other American energy sources in a clean and appropriate manner to benefit American families and workers.” Trump has described a vision for American energy independence that will:

The truth is no one really knows precisely how many of Trump’s policy objectives will be achieved over the next four or possibly eight years, but it is abundantly clear America is headed in a new direction.

This change could not come at a better time for Louisiana’s oil and natural gas industry. We’ve lost 20,000 jobs over the past 15 months, as government-sponsored litigation and global energy prices continue to put downward pressure on new investments. The prospects for the next year show no improvement as Governor John Bel Edwards prepares to file more unprecedented lawsuits against the state’s number one provider of private sector jobs. Not to mention the regulatory and fiscal issues we are already facing at the state level.

President-elect Trump may not be able to solve all the challenges facing our industry, but his historic election is a hopeful sign that things could improve at the federal level soon. With the right people and policies in place, the Trump Administration could stimulate new industry growth and investments in our state and many others like Louisiana that depend on oil and gas for good paying jobs and significant tax revenues. Through creative policy making and a roll back of some of the unnecessary and over burdensome regulations implemented by the current administration, Trump could help bring the energy industry back to Louisiana and the United States.

I am cautiously optimistic about the prospects for our industry under the new Trump presidency, but this epic story is just beginning.  Similar to the Star Wars trilogy, we could experience a few unforeseen twists and turns along the way. Will President-elect Trump be a Jedi Master of pro-growth, pro-jobs American energy policy? Or will he take a turn toward the dark side? Only time will tell, but we know for sure he is a Rogue One.