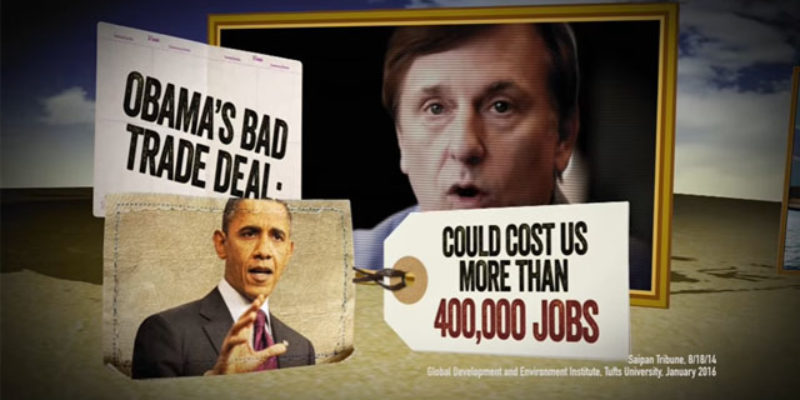 One of the things we really wish hadn’t happened in this Senate race was the decision John Kennedy made to take the $2 million and change he had sitting in his PAC and roll it over to the Ending Spending Action Fund, a Washington GOP Establishment outfit set up by the Ricketts family (they’re the principal owners in TD Ameritrade, and also the owners of the Chicago Cubs).

The ESA Fund has been popping out TV spots ever since blasting Charles Boustany and John Fleming for supposed sins which, upon further examination, are either fairly blatant misrepresentations by the PAC or are fairly petty causes for a political attack.

And this one, which is hitting the airwaves this week, is the worst of the lot.

We’re not taking a position on the Senate race until the runoff. There are a number of candidates in the race who are supportable, including both the perceived aggressor and aggressee in this case. This isn’t a partisan shot at anybody; it’s an objective analysis of this one ad.

We’re supposed to celebrate that, not attack people for it. Nobody, at least nobody who isn’t a Democrat, attacks the Ricketts because they’re all millionaires – why is it that Fleming, who doesn’t have their wealth, is somehow discredited because he is one?

And second, so what if Fleming took a Congressional junket to Australia and New Zealand? Fleming is the Chairman of the House Natural Resources Committee’s subcommittee on Water, Power and Oceans – it’s hardly inappropriate for him to lay eyes on places which could give him perspective about legislation in that regard, and taking trips to see countries across the Pacific is anything but out of the ordinary.

Shocking that a bunch of congressmen would eat at a nice restaurant while on a trip someplace. Who cares?

The ad says the junket was taken because of the Obama Trans-Pacific Partnership. Which would include Australia and New Zealand. What the ad doesn’t say is that Fleming OPPOSES TPP, and for the precise reason the ad suggests. They say TPP will cost 400,000 jobs; well, here’s what Fleming said about it at a forum back in August…

Rep. John Fleming, R-Minden, saw it as “open season to bring in as many foreign workers as possible” to take American jobs, he said at a forum Tuesday night. He earlier had criticized it for too few intellectual property protections and an attack on the American textile industry.

It’s a terrible, disgraceful ad. The guess here is that a political consultant running a PAC just dedicated to Kennedy’s election wouldn’t push something of this poor quality. Kennedy’s campaign has played rough, as have all of the campaigns this cycle, and there isn’t anything wrong with that – if not for a little dirt, this would have been an even more boring race than it’s been. And this isn’t Kennedy’s fault; candidates aren’t supposed to coordinate anything with PAC’s and it would be especially difficult to coordinate with some national outfit run by people from Chicago. He’s not making these crappy ads; they are, and they’re inflicting them on the voters.

The complaint is with the decision to ally with ESA Fund to begin with. Hopefully after this cycle is over we won’t have them involved with races in Louisiana.