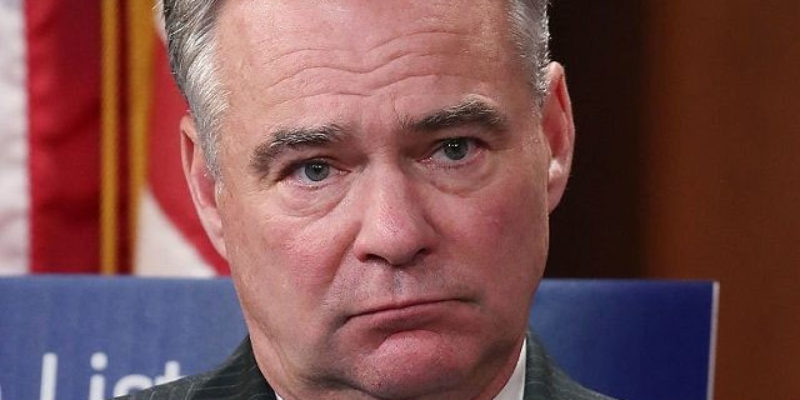 In case you didn’t see this yesterday…this man was almost our Vice President. 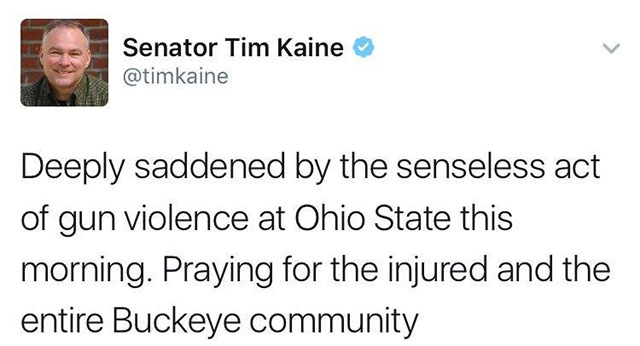 If you don’t know the whole story, there was a jihadist attack on the Ohio State campus yesterday in which a Somali refugee and student at a nearby community college named Abdul Razak Ali Artan, who had complained about how Muslims are stereotyped as terrorists, attacked his victims by running over them with his car and then alighting with a machete to hack at those he couldn’t practice vehicular homicide upon. Thankfully none of Artan’s victims died, and it appears all 11 will recover.

Artan will not, of course, because he was shot dead by a university policeman named Alan Horujko before he could actually kill anyone.

In other words, the gun violence at Ohio State wasn’t senseless at all. It was entirely sensible, and in fact damn necessary.

Neither was Artan’s car-and-knife violence. He knew what he was doing; he was a jihadist. Somebody radicalized him and convinced him that killing infidels, or at least giving it a shot, was a good idea. He committed an act of terrorism in an effort to make life miserable for non-Muslims, which is a time-honored tradition of the more militant followers of the “Religion Of Peace.”

And people who understand this have trafficked in the “stereotype” of Muslims as terrorists. Which Artan reinforced yesterday despite bitching about it in the past. Given that Columbus’ Somali community, which numbers some 50,000 souls (only Minneapolis has more of these people), has already produced one jihadist superstar this year and had a would-be mall bomber a few years ago, you could conclude that stereotype isn’t going away anytime soon.

Meanwhile, we’ll give Kaine the benefit of the doubt and call him misinformed as to the nature of the violence at Ohio State yesterday, and say that his assumption guns were involved in Artan’s attack on his fellow students was based in a combination of an instinct for uninformed bloviation and a lack of intellectual heft. Otherwise we might assume that Kaine thinks what Artan was doing was a good idea and the cop was in the wrong for using his service revolver to put a stop to it.

Kaine is dumb, but he’s not quite dumb enough to voice those sentiments if he harbors them. He’s just a gun-grabbing lefty with a quick Twitter trigger finger. And his staff probably ought to keep him quiet for a while lest he ruin his own political career.

Interested in more national news? We've got you covered! See More National News
Previous Article Bobby Jindal Doesn’t Appear To Be Getting A Cabinet Appointment From Trump
Next Article WAGUESPACK: There Really Shouldn’t Be Any Disagreement Over What A Monster Fidel Castro Was