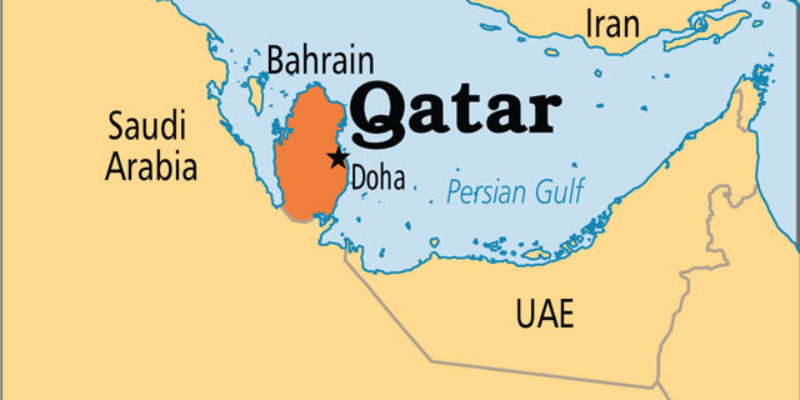 The Clinton Foundation has confirmed it accepted a $1 million gift from Qatar while Hillary Clinton was U.S. secretary of state without informing the State Department, even though she had promised to let the agency review new or significantly increased support from foreign governments.

Qatari officials pledged the money in 2011 to mark the 65th birthday of Bill Clinton, Hillary Clinton’s husband, and sought to meet the former U.S. president in person the following year to present him the check, according to an email from a foundation official to Hillary Clinton’s presidential campaign chairman, John Podesta. The email, among thousands hacked from Podesta’s account, was published last month by WikiLeaks.

Clinton signed an ethics agreement governing her family’s globe-straddling foundation in order to become secretary of state in 2009. The agreement was designed to increase transparency to avoid appearances that U.S. foreign policy could be swayed by wealthy donors.

If a new foreign government wished to donate or if an existing foreign-government donor, such as Qatar, wanted to “increase materially” its support of ongoing programs, Clinton promised that the State Department’s ethics official would be notified and given a chance to raise any concerns.

Clinton Foundation officials last month declined to confirm the Qatar donation. In response to additional questions, a foundation spokesman, Brian Cookstra, this week said that it accepted the $1 million gift from Qatar, but this did not amount to a “material increase” in the Gulf country’s support for the charity. Cookstra declined to say whether Qatari officials received their requested meeting with Bill Clinton.

In an extended interview at the Ecuadorian embassy in London with documentary maker John Pilger for RT, Mr Assange said the same Saudi and Qatari officials could be seen to be supporting both the Clinton Foundation – founded by Mrs Clinton’s husband Bill – and funding the activities of Isis.

Mr Pilger asked if Mr Assange believed that “this notorious jihadist group, called Isil or Isis, is created largely with money from people who are giving money to the Clinton Foundation.”

The WikiLeaks founder pointed to an email exchange between presidential hopeful Ms Clinton and her campaign manager John Podesta, leaked by his organisation last month, which he believes “is the most significant email in the whole collection”.

In the email sent on August 17 2014, Ms Clinton asked Mr Podesta, who at that time worked under president Barack Obama, to help put “pressure” on Qatar and Saudi Arabia regarding the countries’ alleged support for the terrorist group Isis.

“We need to use our diplomatic and more traditional intelligence assets to bring pressure on the governments of Qatar and Saudi Arabia, which are providing clandestine financial and logistic support to Isil and other radical Sunni groups in the region,” Ms Clinton wrote.

There is little question the Qatari government has given material support to ISIS, as well as virtually every other Sunni Muslim terrorist group you can name.

You could defend Clinton’s having taken their money by saying the Qataris were funding Syrian rebels and not necessarily ISIS (they just happened to turn out that way; who knew?), except for this…

Before the civil war, two competing pipelines put forward by Qatar and Iran aimed to transport gas to Europe through Syria.

Qatar’s plans were first put forward in 2009 and involved building a pipeline from the Persian Gulf via Saudi Arabia, Jordan, Syria and Turkey.

The gas field located 3000 metres below the floor of the Persian Gulf is the largest natural gas field in the world. Qatar owns about two-thirds of the resource but can’t capitalise on it fully because it relies on tankers to deliver it to other countries and this makes its gas more expensive than Russia’s.

It was hoped the pipeline would provide cheaper access to Europe but Syrian President Bashar al Assad refused to give permission for the pipeline to go through his territory. Some believe Russia pressured him to reject the pipeline to safeguard its own business.

In the meantime Iran, which owns the other smaller, share of the Persian Gulf gas field, decided to lodge its own rival plan for a $10 billion pipeline to Europe via Iraq and Syria and then under the Mediterranean Sea.

These plans apparently had Russia’s blessing, possibly because it could exert more influence over Iran, which, unlike Qatar, did not host a US air base.

Assad signed off on the Iran plan in 2012 and it was due to be completed in 2016 but it was ultimately delayed because of the Arab Spring and the civil war.

Many countries supporting or opposing the war against Assad have links to these pipeline plans.

Failed pipeline bidder Qatar is believed to have funded anti-Assad rebel groups by $3 billion between 2011 and 2013. Saudi Arabia has also been accused of funding the terrorist group.

The Saudis have given some $25 million to the Clinton Foundation. Saudi billionaire Mohammed Al-Amoudi, an ethnic Somali whose fingers have been all over the financing of various jihadist groups, has given another $10 million.

It was in 2011 that American foreign policy began engaging in the Syrian situation, and by 2012 we were actively fomenting a civil war in that country by supplying and training Sunni groups there with allegiances clearly contrary to traditional U.S. interests in that region. Many had Al-Qaeda affiliations, and some ultimately joined with ISIS. Which is why occasionally reports will surface of ISIS being found to possess American military hardware not solely coming from having been surrendered by the Iraqi Army.

It was in 2012 when the massacre of four Americans in Benghazi took place. Reports continue to surface to the tune that the U.S. government was funneling weapons to Syrian rebels out of Benghazi and that this played a part in the attack on a diplomatic facility and a CIA compound on the night of September 11 of that year.

Given who our “allies” in Syria have been and the questionable relationship to American national interest an involvement in a Syrian civil war constitutes, Assange’s accusations can’t be completely dismissed.

Did the Qataris and Saudis pay for American foreign policy in Syria? That hasn’t been proven. But neither has our policy been effectively explained, and with a cloud of suspicion that the Clinton Foundation served as a vehicle for the monetization of American foreign policy pay-for-play style during Hillary’s tenure at State, those seven- and eight-figure donations to the Foundation begin to take on an intriguing, if frightening, character.

Interested in more national news? We've got you covered! See More National News
Previous Article If You’re Wondering How Louisiana Can Raise $2 Billion In Taxes And Still Have A Deficit, This Is One Reason…
Next Article FIREWALL: Clinton vs. A Turnip