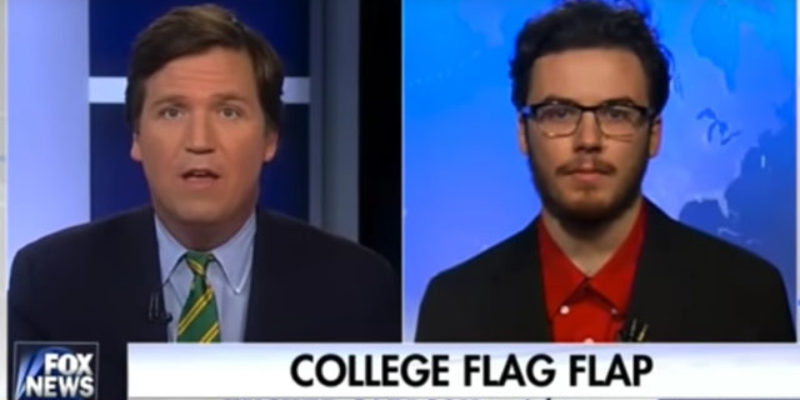 Carlson, whose Fox News show we’ve already posted is the best thing on any cable news channel after only a couple of weeks on the air, had on another college kid protesting Trump’s election by disrespecting the American flag.

And like he commonly does to lesser beings, the host roasted the unkempt little brat with a smile.

It’s fairly amazing how lacking in logic this kid is, and how poorly educated he is for somebody whose parents are wasting $62,000 per year on his adult day care at Hampshire College.

And Carlson deserves our thanks for performing a rhetorical vivisection on morons like this five days a week.

Interested in more national news? We've got you covered! See More National News
Previous Article BAYHAM: Kennedy Trumps The Field
Next Article It’s Starting To Look Like Jimbo Fisher Is LSU’s Next Head Coach, But If So He Won’t Come Cheap…