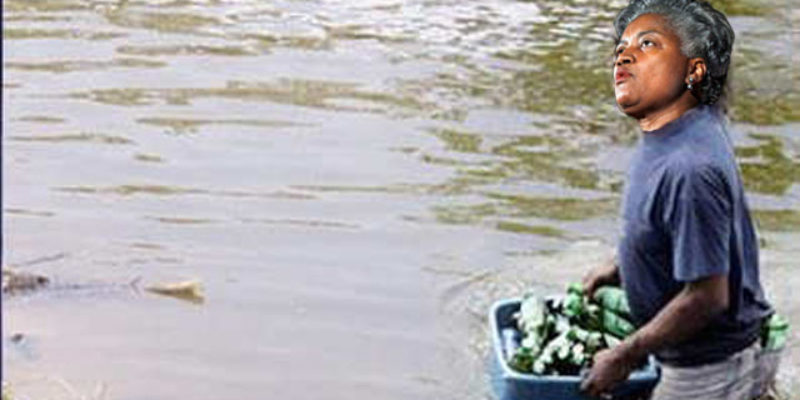 Joe Cunningham had a good post last night about that interesting tidbit appearing in POLITICO regarding Donna Brazile directing Democratic National Committee money into get-out-the-vote efforts in New Orleans, of all places, during the final stages of the presidential race.

This was the passage in POLITICO’s piece, which was a post-mortem of the awful and incompetent Hillary Clinton campaign…

But there also were millions approved for transfer from Clinton’s campaign for use by the DNC — which, under a plan devised by Brazile to drum up urban turnout out of fear that Trump would win the popular vote while losing the electoral vote, got dumped into Chicago and New Orleans, far from anywhere that would have made a difference in the election.

Joe’s take, which is correct, was that this shows how out-of-touch and stupid Hillary’s people were…

Louisiana was deep, deep red by this point, and anything that could be salvaged in New Orleans wouldn’t have made a lick of difference. You see, you can’t run up the score in the popular vote in a state where black voter turnout hovers in the 40 percent rage in a good year.

Brazile is a smart woman. You don’t get where she is by being dumb. She is a Louisiana native (and has a killer gumbo recipe, I’ve heard), so yeah, maybe she’s partial to Louisiana. Still, you would have to think that the places where Clinton was hardest hit – the places with all the blue collar workers – would have been a wiser investment.

But, you would be wrong. The Democrats, you see, made an error in their calculations. Robby Mook, the Democrat wunderkind who ran Clinton’s operations, had blinders on and only saw the disgruntled American youth as the means for victory. So, when the job with them was seemingly done, there was some money just laying around, and it was sent to places like Louisiana. There was one person, and one person only, who saw this as a bad idea, and was actually working to turn the campaign around on it: Bill Clinton.

All of this is true so far as it goes, but I suspect there is more going on.

And I’ll confess I haven’t gone and dug into the FEC reports to prove this, and it might well have been structured such that it won’t really show up in those reports (generally speaking GOTV money, or “street money” if you will, is hard to smoke out since they find a way to hide it), but it’s pretty obvious what happened there.

Which is that Donna Brazile, as interim head of the DNC rather than someone likely to hold that job for any length of time, took a few million bucks out of the DNC till and spread it around as swag to some of pals from back home in the Big Easy, among other places. That money was a payoff to some political machine people with whom she was pals.

If you’re Brazile, why not do that? After all, like everybody else in the Democrat Party you figure you’re going to win the election anyway – and nobody sweats a few million bucks after a victory. That’s just the cost of doing business. Somebody else would head the party after Hillary won, and that somebody would be a Hillary stooge just like Brazile is, so any questions about the shoveling of swag from the DNC’s coffers to the machines in NOLA and Chitown and elsewhere which couldn’t be defended in any possible way as a legitimate campaign expense would be swept away.

That works just fine right up to the point where Donald Trump wins the election – and then the donors start asking some questions about the money they set on fire and how it was spent. As I wrote at the American Spectator last week, all of the caterwauling and abject stupidity emanating from the Clintons and the Left about Trump’s victory is meant to distract those donors from asking those uncomfortable questions.

And Brazile is going to get them. She’s finished in national politics. The money in the Democrat Party isn’t going to be too pleased to know they got looted to pay off the NOLA political machine for meaningless GOTV efforts in a hopelessly red state.