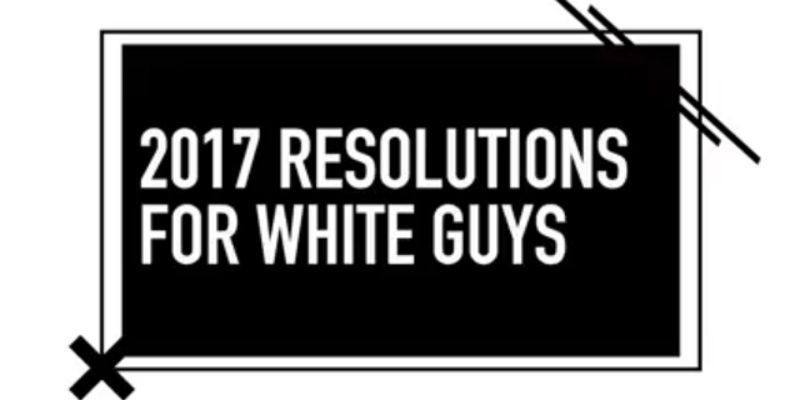 File this under “they still don’t get it.” MTV News featured a video of a bunch of Millennials giving their “2017 Resolutions For White Guys” video. They stereotype all white guys as a bunch of Donald Trump-loving racists.

As you can guess, they not only try to call all white guys racist but they call them sexist too. They want white guys to quit thinking America is great, support Black Lives Matter, hate cops, and quit “mansplaining” among other things. Yeah, it’s more of the usual “shut up you racist and sexist” BS we’ve come to expect from the left.

The left would call all of that racist and they would have a point. Why can MTV News and leftists in general stereotype white males in a way they would never do for anyone else?

In the era of Donald Trump, people are no longer willing to be told shut up by MTV News and other progressives. Here are just a few of the comments on the MTV News Facebook post.

If the left keeps this up and continues to treat white males as an interest that must be intrinsically opposed, they’ll start voting as an interest group under attack. They will vote for politicians who will go after MTV News and the rest of the radical left out of pure self-defense.

It will be a very sad day for liberty and freedom in this country when that happens. Even worse, you can’t really blame white males if this happens. They will have no choice.

Interested in more national news? We've got you covered! See More National News
Previous Article Donna Brazile Might Go Down As NOLA’s Most Prominent Looter Since Katrina
Next Article Your Tax Dollars In Baton Rouge Are Paying For A Completely Failed Bus System