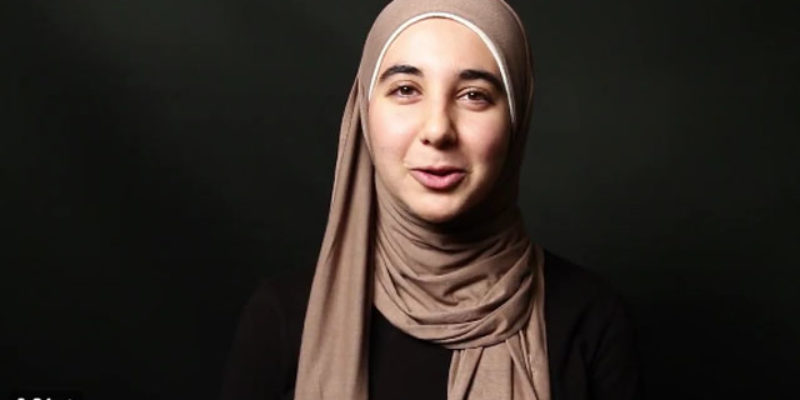 We would have had this last week, but it got put aside with a number of other things we were posting about. But since we’ve got a few minutes today we thought we’d slip it in.

File it under the “This is why you lost” category.

Let’s remember that a Somali refugee who was taking classes on microaggressions and other stupid social-justice subjects the general gist of which is that America is a hateful and intolerant place where people other than white guys can’t get a fair shake decided to “protest” Islamophobia and the stereotypes foisted on Muslims by running over Ohio State students with a car and then exiting the vehicle with a machete that he used in an attempt to chop the survivors to death.

Thank God no one was killed. Other than the Somali refugee, that is; a fast-thinking, heroic campus cop rendered him harmless with a pair of well-placed bullets that turned him into an ex-terrorist.

In the aftermath of this, one would hope the students at Ohio State would rally around America, question why their student body would be victimized by jihadists and demand accountability from the 50,000-strong Somali community in Columbus which has now generated multiple serious lone-wolf terror attacks.

And there may be some of that. But what has generated more buzz was this…

But no response is more epic than that offered by Warden at Ace of Spades, who went into a short tirade about the little Social Justice Warrior snowflakes who made that video and demolished them utterly…

Well, that’s a very nice message. And now I have a message of my own for these students.

Stabbing a bunch of people for not believing the same things that you do is the very definition of hatred and intolerance, yet you self-absorbed little shits dare project the guilt for this heinous act upon the rest of us? No. Here’s the deal. The disgusting piece of trash who attempted this slaughter was here in this country as a guest, funded by taxpayers like me who’ve been in the workforce for 20+ years. We literally rescued him and his family, and this is how he repaid us–by whining about oppression and microaggressions as he plotted a murderous act of terrorism against innocent people.

We will not let you make this about your self-centered agenda. This is not your show. Your callow sloganeering “thoughts” on tolerance, diversity, microaggressions and general butthurtedness are unwelcome at this time, precious snowflakes. Never, ever presume to lecture the rest of us again.

One of the primary effects of Trump’s election is the American people are no longer required to tolerate the usual leftist bromides about “hate” and “racism” as they apply to perfectly rational statements in response to atrocity.

There is no question but that the Somali community is by and large poorly assimilating into American culture. There is no question about this. In Minneapolis and Columbus, the two cities with the largest Somali population, whole sections of town are no longer recognizable as America. Government dependency is universal. Penetration by the dominant national culture is weak,to put it mildly. Educational achievement and workforce participation lag far behind that of other ethnic groups.

It’s not racist to say that Somalis struggle to become good Americans and further, that taking large numbers of Somalis who congregate in enclaves where they don’t have to assimilate makes America more Somali rather than the reverse. That’s not a criticism of Somalis, it’s a criticism of American immigration policy which brought people from an alien and hostile culture to this country in numbers which made it impossible to successfully integrate them.

And yet college kids at Ohio State – or some of them; we don’t want to cast aspersions on lots of others who perfectly well understand what’s going on – think it’s proper to lecture those who see the problem as racists.

Bring those kids to Mogadishu and drop them off. Think they’ll get the same level of tolerance from the locals they demand from the “haters” about whom they whine in that video?