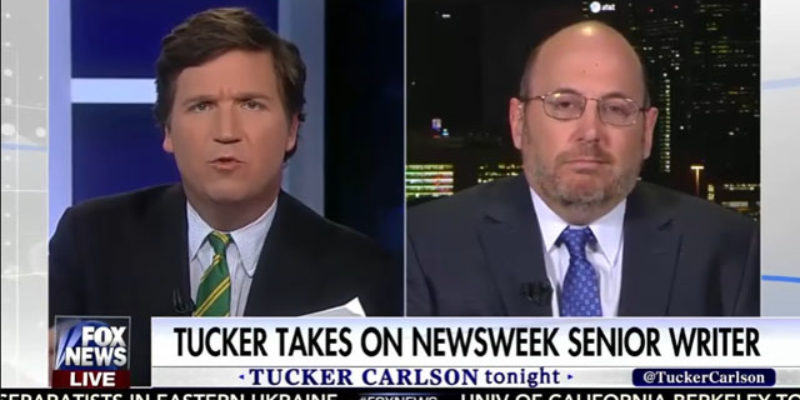 This is a fairly unusual interview from last night, even by the standards of Carlson’s cavalcade of lefty loons. The Fox News host brings on Eichenwald, who has spent the past year on Twitter posting material which fairly clearly marks him as a nut, and proceeds to ask him to defend some of what he has said – and when he in particular challenges Eichenwald on the latter’s allegation that Donald Trump was committed to a mental institution in 1990, hilarity ensues.

No, Eichenwald never answers the question whether the allegation is true (so far as we know it isn’t), but he does spend a lot of airtime berating Carlson for not allowing him to answer the question as Carlson practically begs him to do just that.

It’s not an irrational reaction to expect that Kurt Eichenwald has just exhausted his ability to appear as a talking head on television. Which means he’s likely to show up on MSNBC soon.