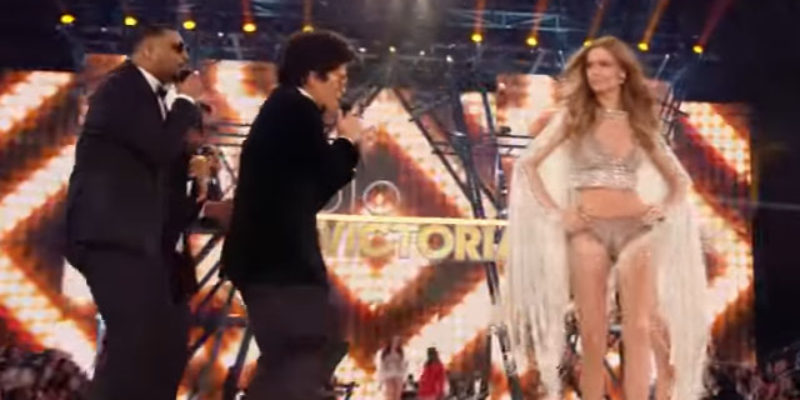 We’ve got a couple of clips from last night’s Victoria’s Secret Fashion Show, which wasn’t quite what people expected.

The show has been around for a while, and it has matched up music acts with the world’s top models showing off underwear and other items before.

But when you book Bruno Mars for an event like this, you can have Kendall Jenner and Gigi Hadid and Karlie Kloss and Adriana Lima roaming around if you want and it still won’t matter. He’s going to steal the show.

We’ve got him singing a couple of songs from his current album while the models walk the runway. The guy’s just fun to watch. And yes, it’s even more fun to watch when he’s got half-naked supermodels strutting past him.

Here’s 24k Magic, which is the massive hit right now…

And here’s the new song Chunky…

Interested in more national news? We've got you covered! See More National News
Previous Article The Cops Are All In For Bodi White In The Baton Rouge Mayor’s Race
Next Article The Feds Are Considering Regulations That Would Destroy Louisiana’s Crawfish Industry