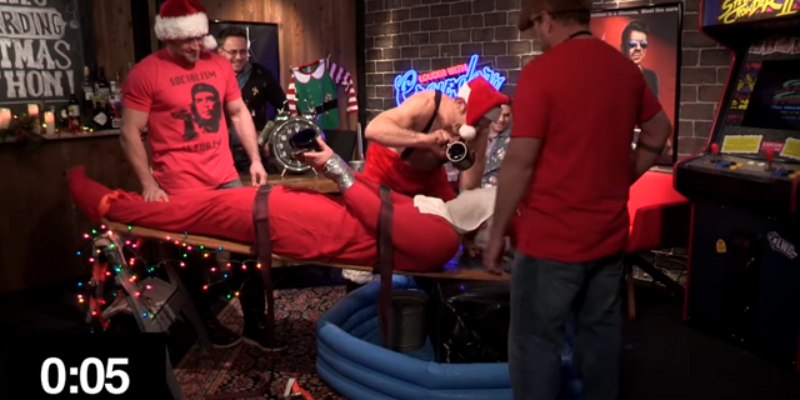 The guy doing the waterboarding is UFC fighter and former U.S. Army Ranger Dan Kennedy. The stunt was part of Crowder’s Christmas special.

Waterboarding is a controversial “enhanced interrogation” technique that has been used at Gitmo to interrogate suspected al-Qaeda detainees. Critics of the procedure call it “torture.”

Interested in more national news? We've got you covered! See More National News
Previous Article Environmentalists Bring Fight Against Oil And Gas Pipelines To The Atchafalaya Basin
Next Article Amazon Caves To JBE And The Leges And Will Start Charging Sales Tax In Louisiana

"I haven't a particle of confidence in a man who has no redeeming petty vices whatsoever." ~ Mark Twain, "Answers to Correspondents", The Californian, 17 June 1865.
More Quotes