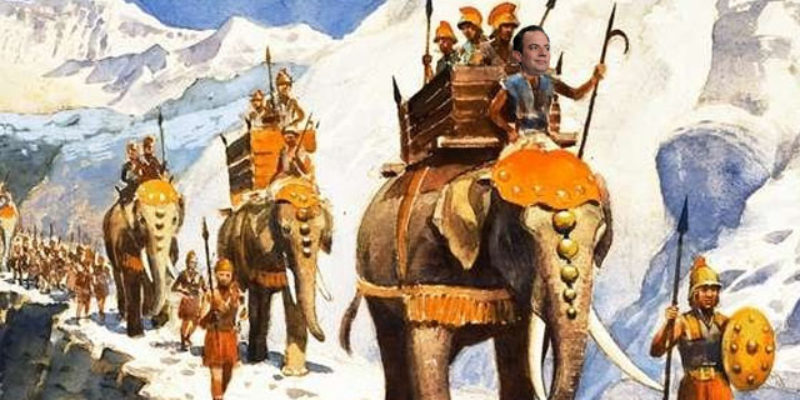 This week marks the end of Reince Priebus’s six year chairmanship of the Republican National Committee.

Priebus, whose mother was a Greek immigrant from Sudan, was not known for being an overly warm party leader and in many ways was the prototypical political operative.

However Priebus proved to be very capable in that role and as he transitions from the GOP to the White House he built a legacy as one of the party’s most accomplished chairmen.

Priebus leaves the RNC with an overwhelming majority of Republican governors, GOP control of both houses of Congress, and a Republican White House at a critical time due to current and expected Supreme Court vacancies.

While understated gestures, Priebus’s made three important moves as chairman that helped unite the party and achieve the biggest electoral vote GOP margin in the face of a walk out by two former presidents and two other presidential nominees.

First, like a good referee Priebus let the presidential primary players play without interference from the national party.

That wasn’t the case four years ago.

Then RNC was heavy-handed in the 2012 primaries and the convention rule-making to the benefit of Mitt Romney.

State parties run by pro-Romney people drove cement mixers through technical gray areas without the RNC stepping in to offer clarity, giving Romney more of an edge than he had.

The Florida GOP was the most notorious of the bunch, “double counting” delegate penalties for violating RNC primary date rules and delegate allocation.

The party said nothing and the media rolled with the Romney narrative.

You have to wonder how many thousands of panicked text messages, emails, and phone calls came from bigwigs imploring the party chairman to do “something” to stop Trump.

Priebus didn’t budge, accepted the results of the people, and by doing so spared the national GOP from what appeared an inevitable civil war.

Second, Priebus didn’t sabotage Trump’s general election even while at times it seemed the nominee was furiously trying to accomplish that task.

Priebus hailed from the party’s establishment wing and many of the people he spent years working with and building relationships refused to support Trump.

In fact many pushed for the direct or indirect election of Hillary Clinton.

Priebus was in the position where he could’ve driven the definitive nail into the Trump campaign’s coffin by resigning as party chairman and thus forcing a candidate who was running at best half a campaign cobble together a national party operation.

Or Priebus could’ve simply minimized the RNC’s exposure and participation in the general campaign and watch from outside the blast zone Trump flail towards a November crash.

Rather than stampeding for the life rafts as the McCain operatives did in 2008, Priebus strapped himself to the mast of the ship.

If Trump were to go down, Priebus was prepared to headline the fatality list.

The RNC effectively supplemented the Trump’s campaign organizational weakness doing the field work while nominee was bouncing from mega rally to mega rally.

In 2012 Romney and the RNC was less than hospitable to those who didn’t support the ex-Massachusetts governor and worked to stifle their presence at the convention.

With in eye on the boiling pie fight about to take place at the Democrats’ gathering in Philly, Priebus let the Not & Never Trump folks blow off steam on the floor of the convention with the cameras rolling.

During the roll call of states, votes were announced and recorded for Ted Cruz, Marco Rubio, John Kasich, and other creative choices dreamed up by unbound delegates.

When Cruz requested a speaking opportunity for his non-endorsement address on prime time television, Priebus gave the Texas senator the window and simply let him jump out of it.

Priebus’s handling of the convention facilitated the return to the party fold of practically all Not Trump people and many Never Trump folks.

Nobody was cajoled or harrassed; Priebus shrewdly gave them time and space counting on Trump to unite the party.

On election night I saw a different side of the mellow and monotone Priebus.

The RNC chair was literally beaming when Trump recognized him for his role and the party’s contributions to the most improbable presidential win since James Polk upset Henry Clay in 1844.

During the Punic Wars, the Carthaginian general Hannibal famously moved his war elephants over the Alps in an amazing logistical feat.

In 2016 the Wisconsin native accomplished the political equivalent, somehow herding reluctant Republican elephants over the finish line to victory.

While his chairmanship has come to an end Priebus will soon resume his herding duties just at a more distinguished venue as the new White House chief of staff.

Congratulations Mr. Chairman on a remarkable tenure at the Eisenhower Building.

Interested in more national news? We've got you covered! See More National News
Previous Article WATSON: DeVos Defends Free-Market Against Socialist Sanders
Next Article This Might Not Be The Best Marketing Campaign We’ve Ever Seen…