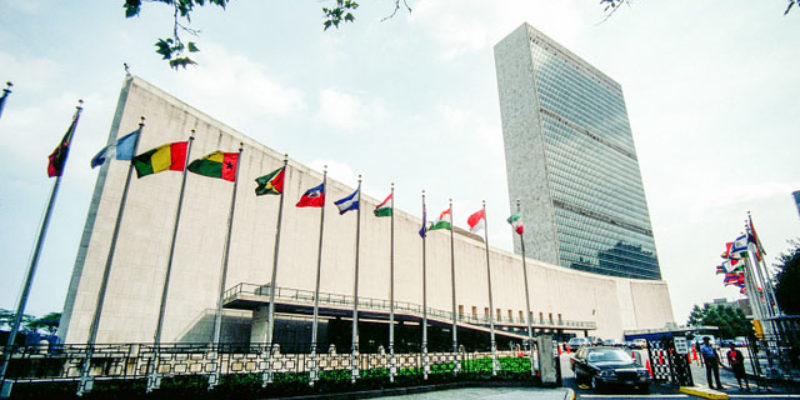 In the wake of the controversial United Nations Security Council resolution calling for an end to Israeli settlements in the West Bank, the incoming Trump administration should seriously consider ending our annual bailout of this corrupt institution.

The resolution succeeded because the United States abstained from voting. This marked the first Security Council resolution to pass since 1979 that condemned Israel for their settlement policies. The United States abstention was met with a furious response from Israeli Prime Minister Benjamin Netanyahu who said that President Obama “colluded” with other nations to pass the “shameful” resolution.

The resolution calls for Israel to adopt pre-1967 borders and said that the country should “immediately and completely cease all settlement activities in the occupied Palestinian territory, including East Jerusalem.” While the resolution has “no legal validity” it represented both a major defeat for Israel and a victory for an Obama administration that had been working behind the scenes to pass it.

The U.N. resolution was followed by an insulting speech by U.S. Secretary of State John Kerry who called for a two-state solution with the Palestinians and for Israel to end any settlement activity. He also called the Netanyahu administration “the most right-wing in Israeli history, with an agenda driven by extreme elements.” Not only did Trump criticize the speech, but a spokesman for British Prime Minister Theresa May said it was not “appropriate” for Kerry “to attack the composition of the democratically elected government of an ally.” Of course, one of the many problems with this two-state solution is that Palestinian leaders have called for Israel to be “wiped off the face of the earth.”

Our contributions far exceed any other country. The next largest regular budget contribution comes from Japan, but that country only provides 9.68% of the overall funding. In support of peacekeeping activities, Japan provides the third highest contribution, behind the United States and China at 10% in a distant second place.

Overall, the U.N. would be bankrupt without the generous financial support provided by the American taxpayers. Unfortunately, for the past five years, there has been no requirement that the administration provide Congress with a specific breakdown of total U.N. contributions. So, taxpayers currently have no idea exactly how much money we are providing to this organization. Hopefully, this will change in the incoming Trump administration.

In fact, it is time for the United States to stop shouldering the burden for this rather ineffective organization. We have housed their headquarters for long enough, let’s invite the United Nations to leave their extravagant headquarters in New York City unless they change their radical positions.

Even though the United States is a permanent member of the Security Council, we have only one vote in the 193-member General Assembly. Thus, it is ridiculous that we have the same power as a country that contributes almost nothing to the regular budget.

President-Elect Donald Trump tweeted that the “United Nations is a club for people to get together, talk and have a good time. So sad!”

The United Nations is much worse than being a good-natured club of representatives having fun. It features a massive bureaucracy that has long been criticized as being not only being wasteful, but also corrupt.

Most troubling, the organization is not only consistently biased against Israel, but also the United States of America. Over a 30-year period ending in 2012, State Department records show that, in contested U.N. General Assembly votes, the United States was on the losing side 67.3% of the time. In other words, we fund U.N. operations, give billions of dollars in foreign aid to member nations, but get no respect.

The new Trump administration should use our massive financial influence to enact positive changes in the United Nations. If that is impossible, we should end the bailouts and invite the United Nations to find another country to call home.

Interested in more national news? We've got you covered! See More National News
Previous Article Mitch Landrieu Rolls Out His Priority For The New Year And It’s Not Fighting Crime
Next Article VIDEO: Watch All Of LSU’s 29-9 Beatdown Of Louisville In Just 29 Minutes!