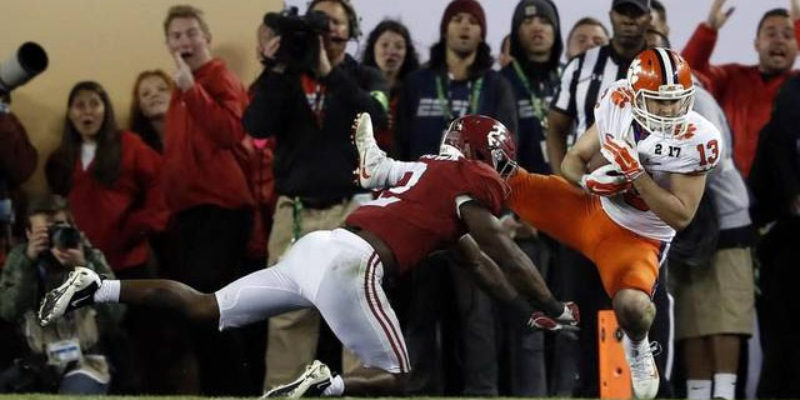 I’ll just bet you do.

Alabama’s people don’t think so. Not so much. Marlon Humphrey, the future millionaire cornerback who got made a goat on that play, was howlin’.

In hindsight, Humphrey said he should have peeled off the receiver he was covering and switched to Renfrow. But that wasn’t the coverage that was called, according to Humphrey.

The only difference between Clemson’s two fourth-quarter touchdown passes?

“The other one was a little more legal,” Humphrey said. “I mean, they both were somewhat legal, but I mean, I’m not a ref. They have a little better view than I have. So, they did a pretty good job on that.”

Nobody threw a flag when Alabama picked LSU’s defensive backs off, and that was a correct call. Just like it was correct last night when there was no call.

The pick play, or rub route like it’s more commonly called, is pretty much the best play in football. It works like a charm.

It worked like a charm last night, that’s for sure. Too bad for Nick and his Gump pals.