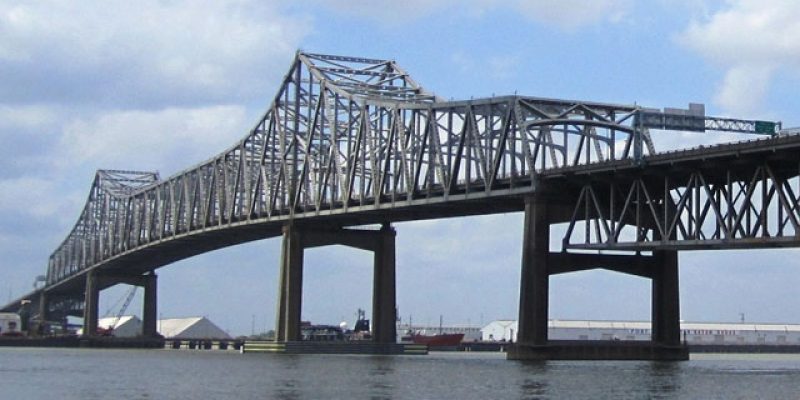 And thank God for it, because it’s about time after decades of incompetence, fiscal diarrhea and the worst roads in America. At long last they’re admitting defeat and talking about asking the private sector for help.

But even at this late date, John Bel Edwards is still demanding that government get more of your money for the very thing they admit failure on.

With traffic congestion in the Baton Rouge area deplorable and Louisiana government tight on cash, the Department of Transportation and Development has asked private firms for help in speeding road construction projects in the Interstate 10 corridor. The state faces a $13 billion backlog on current road and bridge projects, with the list of unfunded new projects growing longer, so Gov. John Bel Edwards is hoping the private sector will provide upfront capital for transportation construction in exchange for repayment — often through toll revenue — over time.

“This is a first step in positioning the state to leverage private sector resources in delivering major enhancements to the I-10 capital corridor,” Edwards said Monday (Jan. 30). “We aren’t likely to have the revenue needed to make a (public-private partnership) work for the entire corridor today, but we will be ready to advance such a partnership if the Legislature acts in a meaningful way to fund transportation during the upcoming regular session.”

In other words, legislators must first embrace some of the administration’s potential revenue-raising ideas, such as hiking the gasoline tax.

If you’re confused at this, essentially what Edwards is saying is that since he can’t or won’t find funding in a $27 billion budget to build a desperately-needed bridge over the Mississippi at Baton Rouge he wants to induce private-sector dollars to do that. Which is fine. But he’s also saying he can’t cut a deal with a private company to finance the bridge unless he gets his gas tax – because for some reason to use tolls for that bridge won’t generate enough revenue to make it worthwhile – so he needs an additional $700 million in tax revenue with which he’ll have the resources to sweeten the pot.

“Private investors have their eyes on Louisiana and are eager to invest here,” Transporation Secretary Secretary Shawn Wilson. “If we have the funding, I am confident that (public-private partnerships) can work in Louisiana. When handled responsibly, the benefit of these agreements is that more projects can be delivered sooner and that is what we want to provide to the people of Louisiana.”

If you smell a whiff of crony capitalism in this, you might be right – though there is no chance of actual capitalism when it comes to roads given the government’s outsized (and largely failed) role in their construction and maintenance.

But we can at least be satisfied that Edwards and Wilson are at least discussing the possibility of using private financing – or even perhaps private administration – of some of Louisiana’s road construction projects. That’s an admission of failure on the part of the state, and it’s welcome. Louisiana has a $13 billion backlog on road construction projects and some $16 billion more in new projects the state would like to get going.

Should it make anyone more interested in raising gas tax revenue that Edwards could spend? No, not really. If the new bridge or other projects need a revenue piece to finance them, that’s what tolls are for – and there is plenty enough traffic in the current bottleneck to make those tolls work if they’re high enough. If not, then Edwards can root around in a $27 billion budget and find a few pesos he can put toward the project.

After all, the state has completely bungled and mismanaged the considerable resources given it for road construction and maintenance over the decades. Applying more resources to an already failed model, one which its proprietors are being forced to admit has failed, isn’t acceptable. Let’s have privately-funded roads with funding models based on market pricing and usage – not on tax dollars flowing through John Bel Edwards and Shawn Wilson.