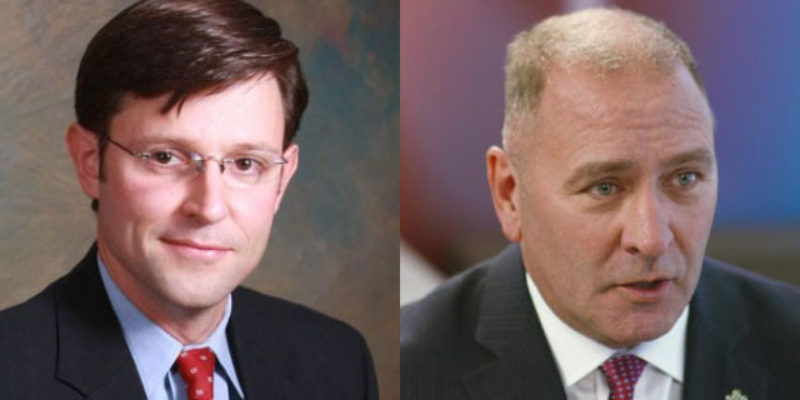 A couple of press releases to pass along. First, one from Mike Johnson’s office which announces he’ll be on two of the most important committees the House has…

Today, the U.S. House of Representatives Natural Resources Committee welcomed Congressman Mike Johnson (R-La.) as a new member to the committee for the 115th Congress.

“I am very grateful to have been appointed to the House Committee on Natural Resources because of its critical importance to the people of Louisiana,” said Johnson. “I requested this post because so much of the legislation considered by this committee directly affects our district and our regional economy, as well as the rest of the nation.”

“I am excited to welcome both new and returning members of the Committee. From better land and resource management to restraining the federal bureaucracy and creating greater economic opportunities for the people we represent, the work before us is critically important,” said Chairman Rob Bishop (R-UT). “The unique backgrounds and talents of our members will strengthen an aggressive agenda that we will pursue in partnership with a new administration.”

Earlier this week, Johnson was named to the powerful House Judiciary Committee.

And another one from yesterday out of Clay Higgins’ office…

“America faces many challenges, foreign and domestic,” said Rep. Higgins. “Terrorism is on the rise across the world and America must show leadership. We must protect our homeland from future attacks,” said Higgins.

Captain Clay Higgins remains an active-duty Deputy Marshal in Lafayette, Louisiana. He has served in Law Enforcement for the past twelve years. Higgins received his initial training in police work when serving as a military police officer in the United States Army.

“I’m excited to welcome my colleague and fellow veteran Rep. Clay Higgins to serve on the House Committee on Veterans’ Affairs. Captain Higgins courageously fought in the Army and continued to protect our nation in the National Guard. I know he will be a true asset to the committee and look forward to working alongside him as we work to build a better VA,” said Veterans’ Affairs Committee Chairman Phil Roe, M.D. (R-Tenn.)

As a vocal advocate for veterans before joining Congress, Higgins is eager to make meaningful reforms to our nation’s veterans’ services.

“Healthcare for our veterans is in ruins. It’s simply unacceptable and we need to make improvements immediately,” said Higgins.

“The American Legion welcomes Congressman Higgins to the House Veterans’ Affairs Committee and is looking forward to engaging with him and others on the Committee. Without question, there are many important issues facing our nation’s veteran’s, along with their families, and The American Legion is eager to begin working with Congress to find common sense and veteran-centric solutions,“ said Commander Charles Schmidt, National Commander of The American Legion.

The Veterans’ Affairs committee was the big one for Higgins, who had expressed a lot of interest in serving there.

Those assignment would seem to be good ones for Louisiana’s freshmen House members. For Johnson in particular, the Natural Resources committee is a big deal. On that committee he’s going to be paired up with Garret Graves, who’s leading the fight on a number of issues important to Louisiana – and he’s replacing John Fleming not just as the 4th District’s congressman but also as a member of the Natural Resources committee.

Natural Resources means coastal restoration, it means the bill shifting the management of the red snapper fishery to the states, it means offshore oil drilling regulation and it means fracking. A lot of very weighty stuff where Louisiana is involved goes through that committee. And for Johnson, a constitutional lawyer and religious liberty advocate, to be on House Judiciary could be very significant – don’t be surprised if he rises very quickly to chair House Judiciary at some point.

Interested in more national news? We've got you covered! See More National News
Previous Article LANDRY: The Senate Ought To Confirm Scott Pruitt As Soon As Possible
Next Article Aren’t You Excited That You Get To Foot The Bill For JBE To See The Pope?