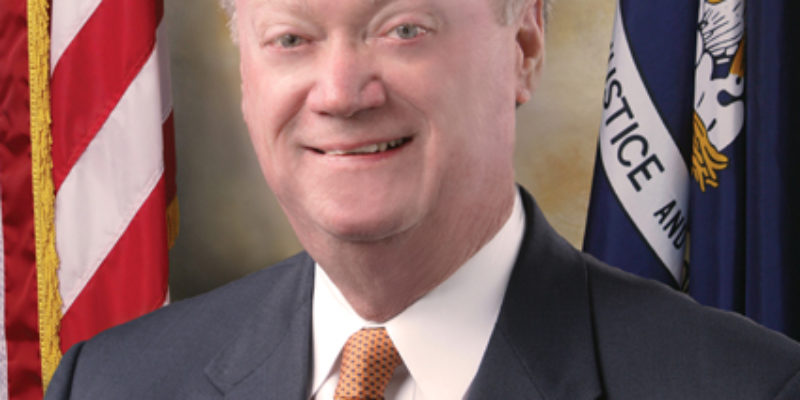 The Constitution makes it very clear that states are primarily in charge of elections. But Congress has a secondary role and can override the states on election law. The entity that has no role in elections is the executive branch.

But that doesn’t stop Barack Obama from trying to nationalize the elections. His Department of Homeland Security has declared election infrastructure part of the Federal government’s “critical infrastructure sector.”

Leading the fight against Obama’s takeover the elections process is Louisiana Secretary of State Tom Schedler. He has written President-elect Donald Trump asking him to reverse the election executive order. Here are some excerpts from the letter and press release:

“As immediate Past-President of NASS, I am appalled at the deafness of the Obama administration, but not surprised,” Schedler wrote. “The outgoing President is consistently governed by his own sense of priorities regardless of the opinions of the American people. It has been obvious and even acknowledged by Secretary Johnson in his announcement that there is much trepidation among the states concerning the critical infrastructure designation yet he forged ahead during the last minutes of the administration.”

[…] “It was clear to me after meeting with Homeland Security, the FBI and the U.S. Attorney’s Office that they lacked the basic understanding necessary to assist in ‘securing’ our nationally recognized system,” said Schedler. “This is a federal intrusion issue and should not be taken lightly.”

[…] Schedler’s letter followed a strong response from the National Association of Secretaries of State which read in part, “U.S. Homeland Security Jeh Johnson’s announcement of a critical infrastructure classification for elections systems is legally and historically unprecedented, raising many questions and concerns for states and localities with authority over the administration of our voting process. Americans need to know that the November 2016 election-the voting process itself-was not hacked or subject to manipulation in any way. No credible evidence of hacking, including attempted hacking of voting machines or vote counting, was ever presented or discovered in any state. State and local autonomy over elections is our greatest asset against malicious cyberattacks and manipulation. While we recognize the need to share information on threats and risk mitigation in our elections at all levels of government, as we did throughout the 2016 election cycle, it is unclear why a critical infrastructure classification is now necessary.”

Schedler has set up a petition website that Louisiana citizens can sign to show their support for the Secretary of State’s stance.

This is one of the first executive orders that President Trump needs to undo. This yet another attempt by Barack Obama to spit on the Constitution.

Interested in more national news? We've got you covered! See More National News
Previous Article On The Trump-John Lewis-CBC Mess…
Next Article It Looks Like The Republican State Leges Are Preparing To Go On Offense Against JBE And His Tax Hikes