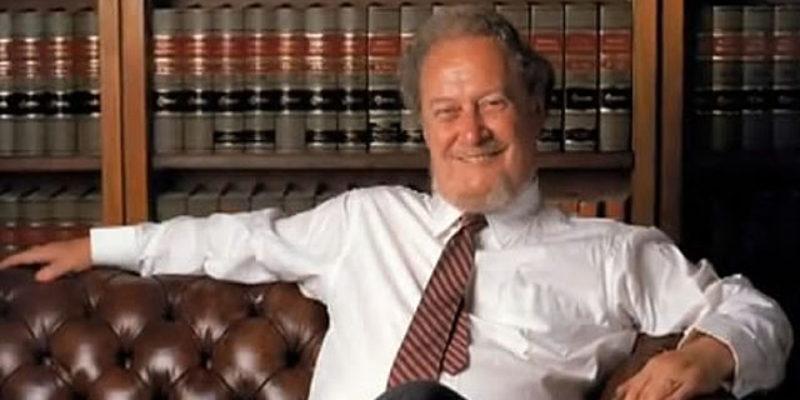 “Perception is more important than reality.”

When I was a junior in high school, my AP US History teacher repeated that line almost daily. Its premise is simple enough-what people perceive to be true is more important than the truth itself. Should it be that way? No, but that’s the way politics works.

In 1987, Robert Bork, a US Court of Appeals Judge in the District of Columbia, was nominated to the Supreme Court by President Ronald Reagan to replace outgoing Justice Lewis Powell, a moderate. Democrats promised Reagan that if he nominated Bork, an originalist, that they would put up a tough fight. Within 45 minutes of his July 1 nomination, Senator Ted Kennedy made this speech on the Senate floor:

“Robert Bork’s America is a land in which women would be forced into back-alley abortions, blacks would sit at segregated lunch counters, rogue police could break down citizens’ doors in midnight raids, schoolchildren could not be taught about evolution, writers and artists could be censored at the whim of the Government, and the doors of the Federal courts would be shut on the fingers of millions of citizens.”

Then-Executive Director of the NAACP, Benjamin Hooks, described his groups position on Bork’s nomination by saying, “We will fight it all the way-until hell freezes over, and then we’ll skate across the ice.” Pro-choice groups and the ACLU publicly denounced Bork. D.C.’s City Paper even published his video rental history; the list proved harmless and led to a 1988 law forbidding such actions again. Then-Judiciary Committee Chairman Joe Biden, who said he would support Bork if he were to be nominated just a year before, backtracked and stated his opposition soon after the nomination. Eventually, Bork lost confirmation 42-58. Reagan then nominated Anthony Kennedy, who was later confirmed.

Bork’s nomination was defeated, not because of any real issues, but because of the blatant character assassination by a hypocritical senator (remember Kennedy’s Chappaquiddick Incident) on the floor of the chamber. He was accused of sexism, racism, anti-science views and a desire for mass censorship. Nothing Kennedy stated was based on fact, but Kennedy knew that if he convinced enough people that Bork was this odious man, that it would become, essentially, fact.

Just a year before, Jeff Sessions, a United States Attorney, was appointed by Reagan to serve as a District Court Judge. By all accounts, Sessions was qualified and even had a positive record on civil rights, essentially ridding Alabama of the KKK. Sadly for Sessions, the NAACP and other black Americans went on a smear campaign against him, accusing him of racist comments during his tenure as US Attorney. Despite positive testimony from those who worked in the Civil Rights Division with Sessions, and others he worked closely with, his nomination was recommended against by the committee. Arlen Specter, who later switched to the Democratic Party, said after Sessions became a senator and joined the Judiciary Committee that he regretted voted against the Alabaman, having found him to be “egalitarian.” None of the accusations against Sessions were based on facts-instead, a difference of political opinion (that is, Sessions was conservative and the Committee wasn’t) led to a perception of Sessions that has resurfaced with his nomination for US Attorney General. This has led a US Senator, Cory Booker, to take the unprecented step of testifying against his colleague, and for John Lewis and Cedric Richmond (who claimed that going last at the hearing was akin to being sent to the “back of the bus”) to do the same.

From Sessions and Bork to McCain, Romney and Sessions (again), the left has attempted to permanently smear reputations of good, honorable men in the name of political victory. Several times, they’ve succeeded. Jeff Sessions (who will get his revenge when he is confirmed to be the next Attorney General) had to face years of unfounded claims of racism, even having an MTV “News” reporter claiming his Asian granddaughter was merely a prop. Robert Bork’s confirmation failure led to a “moderate” Supreme Court Justice who sided with the left on far too many important 5-4 decisions. Senator Tim Scott, a black Republican from South Carolina, has to face racism from other black Americans (but his response on Twitter to one such leftist recently made for a hilarious rhetorical highlight) due to his political leanings. Charles Koch, a libertarian billionaire whose history of philanthropy is well-documented, is being accused of ulterior motives for his recent gift of millions of dollars to a black university research group, and for his work on criminal justice reform.

But we may have come to a time where the left’s character attacks have been worn out. Facing what should have been their easiest election victory since 1992, Democrats cries of “racist, “xenophobic,” “homophobic” and “deplorable” fell flat. Their attacks on Sessions’ exemplary character will likely fail as well when he’s confirmed. Trump won states that President Obama won handily in 2008 and 2012, even winning a higher share of the black vote than Romney.

The left will continue to call conservatives every negative name in the book-and the media will go along with it. But 2016 may have been the year Americans stopped listening to mere perceptions and started believing the reality.

Interested in more national news? We've got you covered! See More National News
Previous Article BAYHAM: Who’s The Founder Of The Louisiana Republican Majority?
Next Article LANDRY: The Senate Ought To Confirm Scott Pruitt As Soon As Possible