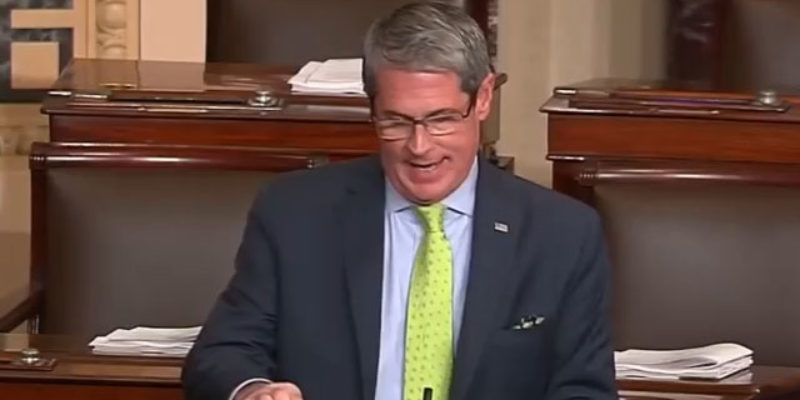 Ask a Louisiana politico who “founded” the GOP in the state and you’re likely to hear the name Dave Treen.

The gregarious “gentleman politician” was the first Republican to be elected to a major state office in the 20th century when Treen won US Representative in 1972.  Treen then became the first Republican governor of Louisiana since Reconstruction after winning a close contest in 1979.

Unfortunately Treen’s success as the polls wouldn’t make it out of the disco era and the historic win by a Republican would not have coattails.

Another Republican would not be elected governor for another 16 years.

Still Treen’s trailblazing wins for Congress and Governor demonstrated that a Republican could win state office in a typical one-party Deep South state.

Since 1979 Republicans would achieve modest gains that would be wrecked in the aftermath of David Duke’s disastrous gubernatorial bid.

Yet literally in the wake of the Duke catastrophe would rise the man who should be credited as the second most important Republican figure to emerge in Louisiana, David Vitter.

Vitter handily won the Metairie state representative seat that had been occupied by Duke, whose run for governor not only stifled the party’s rise but erased hard fought gains that had been achieved.

As state representative, Vitter was instrumental in the passage of the term limits constitutional amendment in the closing days of the 1995 legislative session.

Term limits was the single most important political reform measure enacted in decades and would change Louisiana politics.

Furthermore, term limits would set the stage for the Republican Party’s later takeover of both houses of the Louisiana legislature by clearing out entrenched Democratic incumbents from Republican-leaning districts.

That the amendment did not take its full effect until 2007 did not so much delay the GOP drive to win the legislature but rather the gap allowed the Republican Party time to better prepare for the fight.

Rather than filling a vacuum, Republican candidates would have had to fight entrenched Democratic incumbents.

In 1999 Vitter would wage a longshot bid for a congressional seat that had become vacant upon the sudden resignation of longtime US Representative Bob Livingston.

The political favorite in the race was Treen and the entire political establishment, both Republicans and Democrats, lined up behind the ex-governor.

The runoff was for more than just a spot in Congress; it became a contest for what kind of identity the Republican Party in Louisiana would have.  It was essentially a proxy battle between the Bob Michel and Newt Gingrich camps of the GOP.

The Treen wing had been dominant, pushing a pro-reform and pro-business image but not necessarily showing itself as all that socially conservative.  The GOP had spent the previous decade agonizing over the issue of abortion, which had played the primary role in Republican governor Buddy Roemer’s failure to make a runoff in 1991.

Vitter was something different: a suburban New Orleans candidate who was a solid social and fiscal conservative.

He was also bold.  Vitter resigned his seat in the legislature to fully commit himself to his congressional run.  He’d either be in Washington or out of office.

The gambit also triggered a special election for Vitter’s house seat with a runoff that drew 12,000 voters; Vitter made the runoff by less than 4,000 votes.

Vitter won a competitive and bitter runoff and essentially settled the intraparty identity crisis: from that point forward Republican candidates for statewide office would sound much more like Vitter than Treen.

Five years later Vitter would borrow a page from his successful 1999 election by making another daring leap sans safety net by forgoing an easy re-election bid to run for the US Senate.

At that time Louisiana was the only state in the Union to have never elected a Republican US Senator by a vote of the people (direct election of US Senators was not implemented nationally until the adoption of the 17th amendment in 1914).

Vitter won a surprise primary victory against three Democrats in 2004 when most pundits (and his opponents) simply assumed the race was going to a runoff.

Despite his promotion to the US Senate, Vitter was still focused on state politics, organizing, raising money, and working to elect Republican legislative candidates in the 2007 cycle (when term limits kicked in) and helped oust Bob Odom, the godfather of the Louisiana Democratic Party, from his bailiwick of Agriculture Commissioner.

While Vitter was unsuccessful in his final campaign for public office in the 2015 gubernatorial race, the now retired US Senator had already cemented his legacy as one of the most important figures in Louisiana political history and as the Father of Louisiana’s Republican Majority.

Interested in more national news? We've got you covered! See More National News
Previous Article Finally A Candidate That Sounds Like Mike Johnson Enters The Race For His Old House Seat
Next Article Troy Brown Gets A Whole 38 Hours Of Jail Time For Second-Offense Domestic Abuse