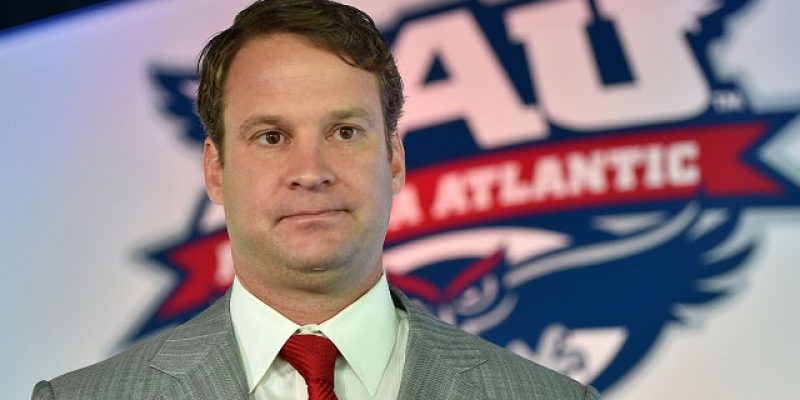 This cat is gonna be comedy gold as long as he’s the coach at FAU, which is without a doubt gonna be for a very short time if he has anything to say about it.

No, he’s not blinking in Morse code. At least, I don’t think he is. I could be wrong though.

Commit to the Owls! Coach @Lane_Kiffin is bringing in the best recruits. Now we need the best fans!

No? Well, that’s OK. I’m not sure ol’ Lane disagrees too much.