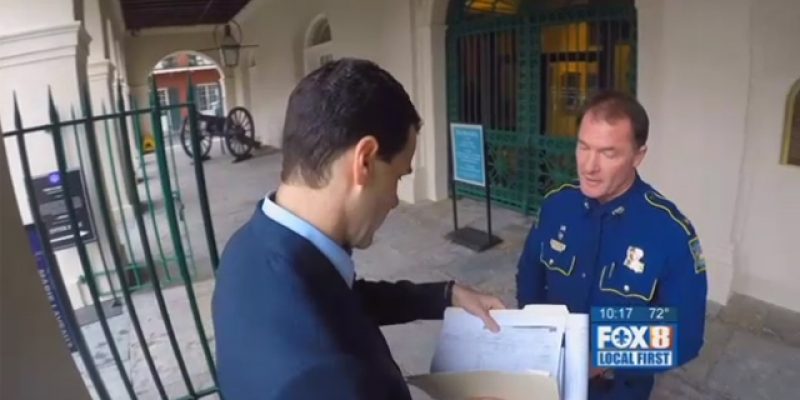 What’s detailed in here looks like a fairly scandalous level of disdain for the public fisc, and it really ought to lead to some harsh consequences.

Yesterday, a story hit in the Advocate about a conference in San Diego last October at which Louisiana’s State Police superintendent Mike Edmonson was honored. Edmonson took a large entourage with him, and four of the attendees somehow got the idea to take a State Police vehicle on the road to the conference.

From Baton Rouge to San Diego, one drives along I-10 virtually exclusively (south of Phoenix I-10 splits with I-8, which goes to San Diego; I-10 goes to Los Angeles). Except that’s not the trip these guys took. They headed north, and made it to San Diego a day later after traveling through Dallas to Amarillo, then spending a night in Tusayan, Arizona, which is in the Grand Canyon National Park, and then spending another night at the Palazzo in Las Vegas before showing up in San Diego.

All of which cost something in the neighborhood of $70,000. This about two months after LSP lost some 27 vehicles in the South Louisiana floods and amid a budget crisis that required some $2 billion in new taxes to fix.

Fox 8 in New Orleans jumped on this yesterday, and its investigative reporter Lee Zurik cornered Edmonson over the disclosures. The superintendent wasn’t very comfortable at all – that was before Zurik uncovered Edmonson’s signature on one of the expense reports from that road trip.

The expense report in question came from Derrell Williams, who Edmonson had put in charge of internal affairs – and then reassigned him after the story of the trip broke. That seems like a pretty rough beat for Williams, seeing as though Edmonson signed off on his expenses only to punish him later amid bad press.

At this point one wonders whether Edmonson, who was a central figure in the Troopergate controversy surrounding the troopers’ association violating the rules and endorsing John Bel Edwards in 2015, isn’t becoming problematic as the organization’s head. The buck for the extravaganza in and on the way to San Diego sure seems to stop with him.

Interested in more news from Louisiana? We've got you covered! See More Louisiana News
Previous Article UPDATED: We Might As Well Update The LSU Hoops Coaching Sweepstakes List
Next Article VIDEO: Here’s The Short Documentary Donald Trump Was Referencing When He Talked About Sweden