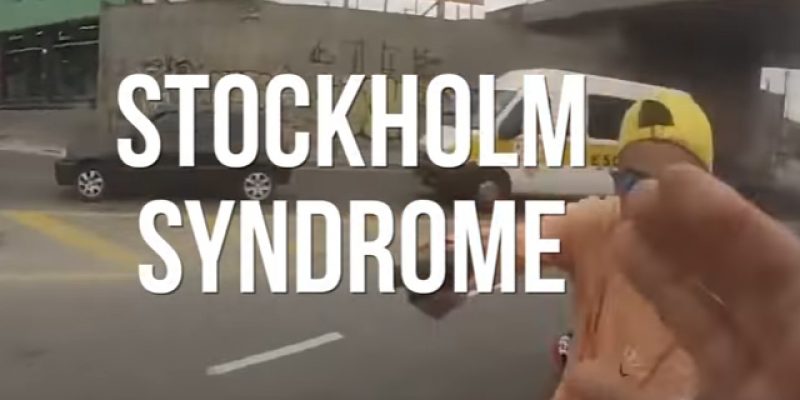 Documentary filmmaker Ami Horowitz, who produced the video below, had done an interview with Tucker Carlson last week which aired on Fox News Friday night discussing his film and its subject matter, the increase in rape and violent crime which has accompanied mass immigration from the Muslim world.

That interview between Carlson and Horowitz was what prompted President Trump, speaking the next day in Florida, to reference “last night” with respect to comments about Muslim immigration – and for his statements Trump was ridiculed for the next two days in the media discussing the “non-existent” terrorist attacks. Sweden’s president asked what drugs Trump was on, which gave the late-night comedians all the fodder they needed.

Until last night, of course, when there was a Muslim riot in Rinkeby, the Stockholm suburb which Horowitz referenced in his documentary as a “no-go” zone for police where a mini-Sharia state has begun to emerge. All of a sudden Trump’s statements don’t sound so uninformed. If anything, it looks like it’s the Swedes denying a problem who look uninformed.

Here’s Horowitz’ documentary. It goes about 10 minutes, and it’s a fascinating look at a country which is in denial about what it has done to itself.

Interested in more national news? We've got you covered! See More National News
Previous Article Lee Zurik’s Report On The State Police’s Wasteful Cross-Country Trip Last Fall Ought To Lead To Heads Rolling
Next Article While LSU Was Blown Out By Auburn And Tied The School Record With 14 Straight Losses, Here’s What Happened At The Capitol…