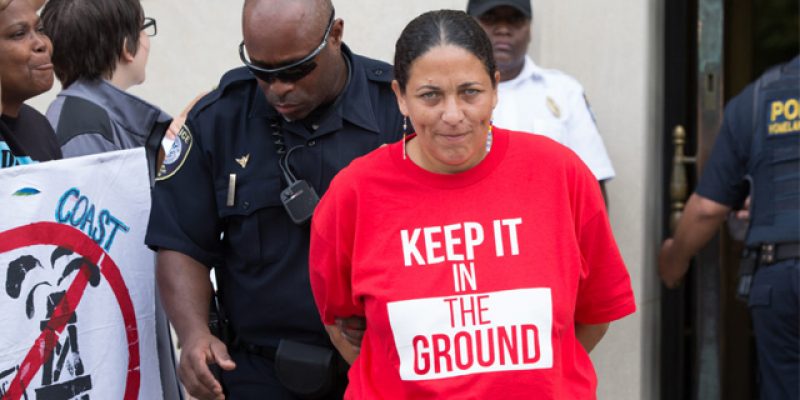 If this sounds like desperation to you, you’re developing a good handle on these people. They will say absolutely anything to get attention.

Opponents of the planned Bayou Bridge Pipeline, designed to carry crude oil 162 miles across 11 south Louisiana parishes and through the Atchafalaya Basin, have opened a new front in their battle to stop the $670 million project: worker safety. They assert that the oil and gas industry is not safe for workers, and they call for those in the fossil fuel extraction business to shift focus to renewable energy sources.

Their new tack came four days after the fiery explosion of a Phillips 66 natural gas pipeline in Paradis injured five workers and presumably killed another employee, Josh Helms of Thibodaux, whose body has not been found. Moreover, the emphasis on worker safety comes on the heels of a recently released report from the state Department of Environmental Quality on a November fire that badly burned four workers at the Exxon Mobile refinery in Baton Rouge.

“Oil and gas kills people at a much higher rate than renewable” energy, said Cherri Foytlin of Bold Louisiana, citing mid-year 2014 data from the National Institute for Occupational Safety and Health showing Louisiana was fourth in oil and gas related deaths. “When is enough enough? Now is the time to draw the line and pursue renewable energy for the safety of our workforce.”

Representatives from the Louisiana Bucket Brigade, Abita 100, 350 Louisiana and GreenARMY joined Foytlin at a news conference Monday (Feb. 13) to call for federal and state officials to deny permits for the Bayou Bridge Pipeline project.

Indeed Louisiana was fourth in the six-month report with three fatalities, matching the state’s total for all of 2013. Yet it was far behind Texas, which led the country with 17 oil and gas extraction worker fatalities.

Cherri Foytlin, who’s the woman getting arrested in the picture above, was the source for a good deal of humor earlier this week when Shawn McCoy of InsideSources perfectly nailed the cognitive dissonance and hypocrisy inherent in her status as a professional rabble-rouser. From the Hayride re-post of McCoy’s excellent Bayou Bridge protest story…

The protesters generally accused everyone supporting the project of being a paid hack. One protester sat near the front of the hearing holding a dollar bill in the air all night. But some have also accused the protesters of being paid.

“They said that we were paid protesters,” complained Foytlin in her speech ahead of the rally. “I’m waiting on my check. Who do I give my address to?”

Foytlin is the State Director of Bold Louisiana, which is closely tied to a funding network established by billionaires Tom Steyer and George Soros. Foytlin clarified via email that she is paid to organize protests, but she disagrees with the idea there is “some protester sugar daddy” supporting the cause.

She’s waiting on her check? It shows up on the 1st and 15th of every month.

Louisiana is fourth in oil and gas related deaths because Louisiana is in the top three states in the country in oil and gas related jobs. The more of activity you have, the greater the possibility that you will have accidents associated with that activity. That doesn’t mean Louisiana should shut its entire economy down and turn its major cities like Lafayette, Lake Charles and Houma/Thibodaux into ghost towns.

And then we’d be in the top five states in wind energy deaths. As well as being broke. And we’d still be bringing oil in from foreign countries, because wind doesn’t power automobiles or make plastics or fertilizer.

The clown demanding to cover the waters off Louisiana’s coast with windmills was Renate Heurich, who is a retired schoolteacher in Jefferson Parish and now spends her time with an organization called 350 Louisiana. Here’s a screenshot of her bio from that outfit’s website…

Heurich and her group make it a project to harass government officials from the Bureau of Ocean Energy Management every time there’s an upcoming offshore oil lease offering. And now they’re on the Bayou Bridge issue, which you’d think would be counter to their primary interest of stopping offshore drilling – if we could get more oil more cheaply from Canada and North Dakota and other places north and west of here down to Louisiana’s oil refineries, perhaps we wouldn’t need to drill in the Gulf – but as far as they’re concerned we should wean ourselves completely from fossil fuels.

We’re going to go out on a limb and say Renate Heurich doesn’t own a horse, and if she has a bicycle she uses it only for exercise purposes. We’re going to say she drives a car around just like people who are more sane than she is.

These people are incredible, in every sense of the word. Including that they lack credibility.

We look forward to the commencement of the Bayou Bridge project and the $750 million in capital investment in South Louisiana it represents, and the 2,500 or so construction jobs it will create. Not to mention the oil that will flow to the pipeline terminal in St. James, on its way to the oil refineries along the Mississippi River which provide the gasoline, jet fuel, industrial lubricants and plastics our economy needs – and the lucrative jobs which sustain those River Parish communities.

And while all injuries and/or deaths related to oil and gas are regrettable tragedies, we recognize that those are hard-to-avoid consequences of hazardous work performed by tough, industrious people making good lives for their families from the high-paying manufacturing jobs the petrochemical sector provides. In fact, it’s the danger inherent in working with volatile chemicals at petrochemical plants and oil refineries which accounts for much of the difference in wages between men and women in Louisiana; it’s almost exclusively men who do those dangerous jobs and are paid accordingly. They’re producing needed goods, and therefore great wealth for our economy.

Meanwhile, the Cherri Foytlins and Renate Heurichs of the world are outside spouting gibberish for the cameras.