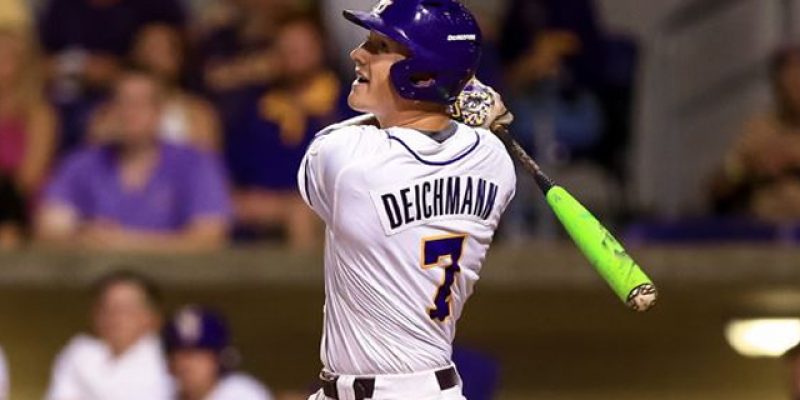 …courtesy of WBRZ-TV’s Michael Cauble, who was on hand for LSU’s 8-1 victory over Hofstra last night…

Word is, the tape measure on that shot was 489 feet. Which is a long, LONG home run.

That was Deichmann’s third home run in five games, and so far this season he’s definitely living up to his billing as one of the premier power hitters in the country. It’s been projected that the junior from Metairie will end up with 15-20 home runs this year, which in this age of dumbed-down bats is a ton of homers. But the way Deichmann is hitting the ball, it’s not inconceivable that he might exceed 20.

After all, he’s already got three, and he’s got 59 regular season games, plus as many as 16-17 postseason games, depending on how far this team can go, to get that number.

Interested in more national news? We've got you covered! See More National News
Previous Article On The Democrats Behaving Badly At Bill Cassidy’s Town Hall Yesterday…
Next Article The Louisiana House GOP Leadership Is Claiming Victory With The State’s Budget Deal. Are They Right To Do So?