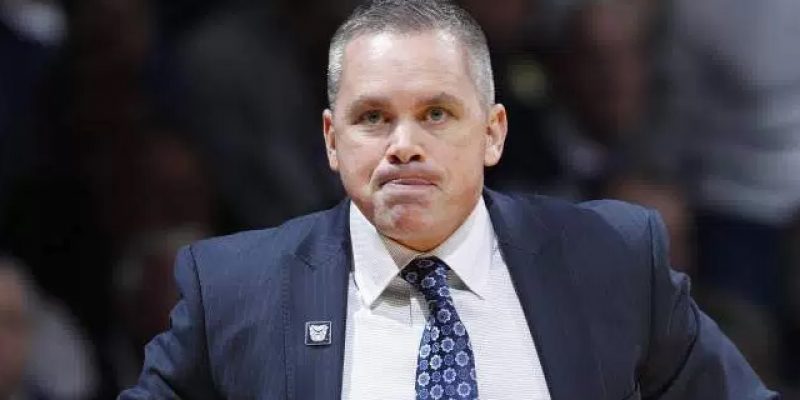 Over the weekend, a few names leaked out as top candidate for the LSU basketball job which came open when Johnny Jones was fired on Friday, and the NCAA Tournament selection show made clear that it might be some time before a replacement for Jones is selected.

The good news is athletic director Joe Alleva and the LSU fan base will get a great opportunity to see many of those candidates in action in circumstances suited to evaluating whether they’re ripe for a big-bucks offer to come to Baton Rouge.

Mike Brey, Notre Dame – Brey was apparently the first of the coaches LSU focused on last week when it became time to start the coaching search, and reports over the weekend had him rebuffing offers to negotiate. Whether his demurral was final or just an attempt to buy time for his team’s postseason run is a question: Notre Dame (25-9) reached the championship game of the ACC tournament over the weekend, and is now the #5 seed in the West Region. Brey has 12th seed Princeton (23-6) in the first round, then is set for a matchup with #4 seed West Virginia (26-8), unless #13 seed Bucknell (26-8) spoils the Mountaineers’ party, ahead of a potential Sweet 16 matchup with#1 seed Gonzaga (32-1). But Gonzaga has a history of early-tournament flameouts, and laying in wait for them in the second round is #8 seed Northwestern (23-11), coached by potential LSU candidate Chris Collins (Collins is a long shot; he’s from the Chicago area and Northwestern is building him a new arena which will be ready in two years). In other words, it wouldn’t be a colossal surprise were Brey to make a run through the West bracket on his way to a third straight Elite Eight – and if he managed that, if nothing else he could approach the powers that be at Notre Dame with a well-founded demand to be paid a lot more than the $1.7 million he’s currently making. LSU could be a bit of leverage for that demand, and perhaps even a destination should Alleva put $2.5 million on the table and the Irish finding themselves unable to match it.

Will Wade, VCU – Wade took his team to the finals of the Atlantic 10 tournament, falling to 3rd seed Rhode Island and coach Danny Hurley in the title game, but he’d already clinched an at-large bid to the Big Dance. At 26-8, VCU is the 10-seed in the West Region and Wade faces what looks like an absolutely brutal bracket – he’s stuck with 28-4 St. Mary’s in the first round as a 7-seed, and should he get past the Gaels he’s likely up against #2 seed Arizona (30-4), who isn’t a bad pick to win the entire tournament. In the event Wade fights through those two games to make the Sweet 16 things don’t get too much easier – #3 seed Florida State (26-8) and #6 seed Maryland (24-8) are set for a war in the second round. But should Wade pull off a miracle and make it to the Elite Eight, it’s not impossible he and Brey could be facing off for a shot at the Final Four. The VCU coach, who currently makes about $1 million a year with incentives up to $1.4 million, has had his name mentioned for the NC State job as well as LSU’s opening – interestingly enough if his tournament draw is more than his team can handle it might actually make him more attractive to be put out in the first round. After all, whoever LSU’s new coach will be is going to need to hit the recruiting trail hard and likely will want to sign at least a couple of recruits in the spring period to beef up the team’s roster. Every day available for that in advance of the mid-April spring recruiting period could be precious.

Chris Holtmann, Butler – Holtmann’s name surfaced on Friday, and it’s one which ought to make LSU fans very happy. That’s him in the picture above. Past Butler coaches who’ve moved on to bigger programs include Barry Collier, who went to Nebraska and is now the AD at Butler, Thad Matta, who left for Xavier and subsequently Ohio State, and Brad Stevens, now the head coach of the Boston Celtics. Holtmann grew up in Kentucky and came to Butler as an assistant after three years as the head coach at Gardner-Webb, where he’d grown that team’s victory total from 11 games in his first year to 21 games in his third, and got the head coaching job after his predecessor had to take a medical leave of absence. He went from interim coach in October to permanent coach in January, and in his three seasons he’s been 23-11, 23-11 and 23-8 this year with a relatively friendly draw as the #4 seed in the South Region. Moreover, Holtmann’s trip through the NCAA Tournament takes him through a veritable who’s-who of names on various coaching contender lists. He starts with #13 seed Winthrop (26-6), coached by former Wake Forest and Xavier assistant Pat Kelsey, who is himself a rising name and who’s been mentioned as a candidate for the NC State job. Then in the second round he’d face either #5 seed Minnesota (24-9), coached by Richard Pitino, who has been named on a number of LSU candidate lists, or #12 Middle Tennessee (30-4), coached by former LSU assistant Kermit Davis – the potential “inside” candidate for the LSU job. Holtmann only makes about $400,000 at Butler, so he’s hardly out of LSU’s price range.

Steve Prohm (Iowa State) and Eric Musselman (Nevada) will get top billing, though, as the two will face each other Thursday night on TruTV in a 5-12 matchup. Prohm’s 23-10 Cyclones finished second in the Big 12 regular season and then lost in the conference tournament final to West Virginia; that hot finish enabled him to generate a great seeding in the tournament. Problem is, he’s catching what could well be the best #12 seed of the bunch in Musselman’s 28-6 Nevada club – Nevada has two potential NBA players in Marcus Marshall and Cameron Oliver, and has four starters averaging at least 14 points per game. This one should be a war, and it’s not impossible the winner might make a run into the tournament – both #4 seed Purdue (25-7) and #1 seed Kansas (28-4) took unexpectedly early exits from their conference tournaments. Both Prohm ($1.2 million) and Musselman ($400,000) are currently priced to move should LSU come calling with a full bankroll, and Alleva can’t go wrong with either (the same goes for Wade, Holtmann and Brey).

Lest we neglect the East Region, where it’s considered a virtual certainty that Villanova and Duke will meet in the Elite Eight, there are a couple of dark-horse LSU coaching candidates vying for a shot at Cinderella status. Those would be UNC-Wilmington’s Kevin Keatts, whose 29-5 team is the #12 seed and will face Virginia in the first round, and East Tennessee State’s Steve Forbes, who is the #13 seed taking on Florida with a 27-7 team. They both have very dangerous teams and neither should be counted out – particularly Forbes, as ETSU has played above its talent level all year and has won nine of its last 10 games. With Florida only 3-3, and losing three of its last four, since center John Egbunu blew out his ACL, the Gators are very, very vulnerable. UNCW and ETSU could face each other in the second round if both pull upsets.